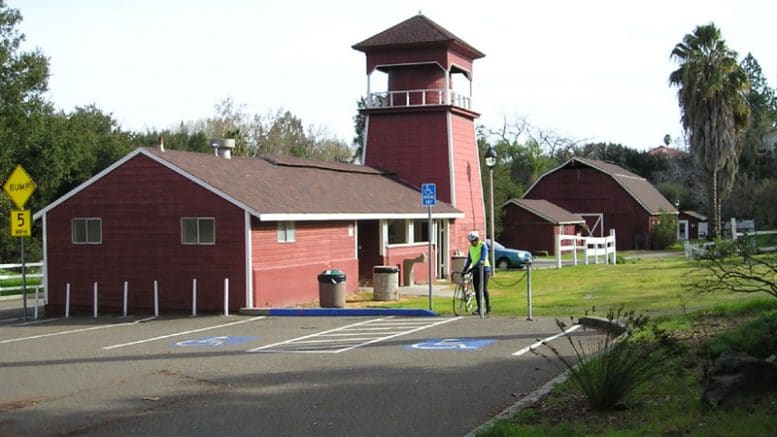 The results from our Cupertino parks poll are in! McClellan Ranch Park is Cupertino’s favorite park.

In light of recent activities involving Cupertino parks, such as the cricket field feasibility study on Creekside, Jollyman and Wilson park, discussion of off leash hours at Jollyman park, and the proposal to widen the Blackberry Farm entrance, the Cupertino Today staff wanted to find out which Cupertino neighborhood parks are our readers’ favorite and why.

According to our poll, which 140 people participated in, the top 3 most favorite parks in Cupertino are: 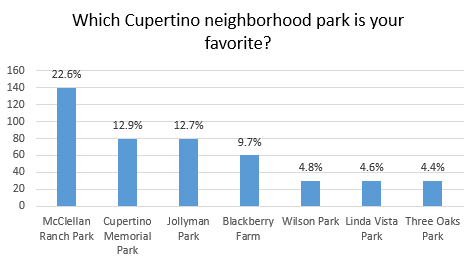 According to our poll, the most important reason why Cupertino residents love one park more than the other is location and proximity, with 16.9% saying “because it is close to home, or has a good location”. Other important elements are: good scenery, atmosphere (15.5%);  nature, trees and trails (12.2%) and kid friendly (10.8%). 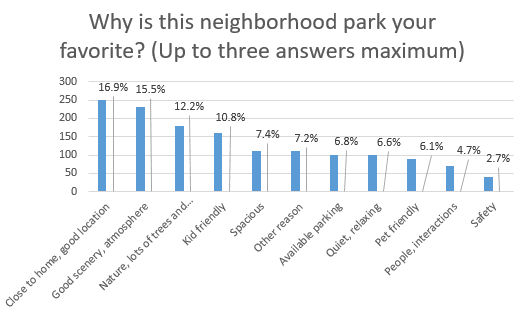 “Other results” included good for exercise, tolerant people, nice play structure and all of the above.

Be the first to comment on "POLL RESULTS: McClellan Ranch is Cupertino’s favorite park"