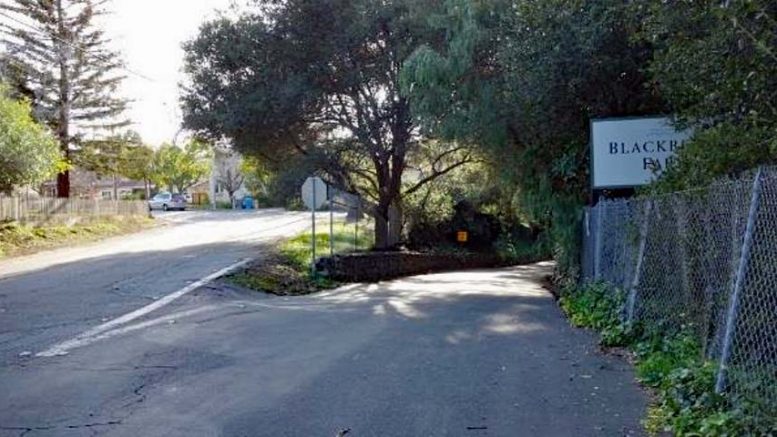 The City is proposing to purchase a property at 10301 Byrne Ave. for $2.45 million so that it can move forward with plans to widen San Fernando Avenue and install improvements for vehicle and pedestrian access to Blackberry Farm Park.

The narrow two-lane driveway to the city-owned Blackberry Farm Park “is constrained,” according to city documents provided in the Cupertino City Council’s agenda for Tuesday, Dec. 19.

“Vehicles all drive in and out via a narrow two-lane driveway,” it states. “There is no route for pedestrians. Pedestrians walk on the driveway in the vehicular travel lanes as there is no existing alternative.”

One solution proposed was to build a narrow 4-foot-wide boardwalk from the top of the driveway to the retreat center that would not infringe upon private property.

But last year, a new proposal called for widening both the driveway and also San Fernando Avenue using a retaining wall-type structure along the golf course’s edge.

Making that proposal more feasible, according to the city, was the offering up for sale of the property at the corner of Fernando and Byrne Avenues — the only private property that sits along the street proposed for widening, thus called a gateway property to Blackberry Farm. 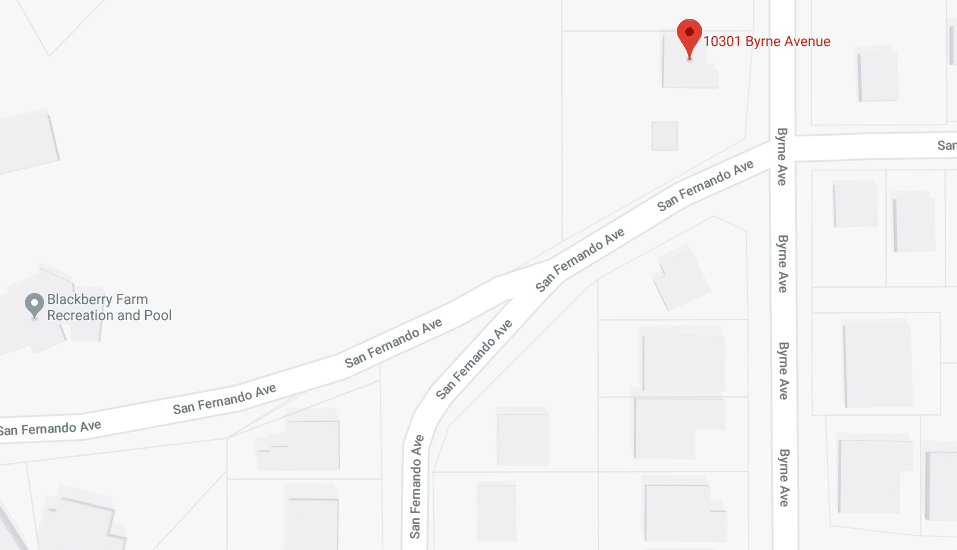 Sellers for the property owned by Patricia L. Sievert Living Trust agreed to a price of $2.45 million, which the city says is “compatible with appraisal work completed for the property.”

“Acquisition of this parcel provides greater opportunities to improve access to Blackberry Farm Park,” city staff said. “A wider walkway could be provided and the design constraint to avoid impacts on private property would be removed.”

At its next meeting, City Council is scheduled to vote on whether to adopt a resolution authorizing the City’s purchase of property.

The city of Cupertino purchased Blackberry Farm in 1991, including the picnic grounds and swimming pool, as well as Blackberry Farm Golf Course. Before and after the purchase, the property operated only during the summer and visitors paid a fee.

In 2006, as part of plans to restore and improve the Stevens Creek Corridor, which includes Blackberry Farm, the park became open daily year-round and free to the public, although a fee is charged for use of the pools and group picnic grounds, which operate seasonally. An access path and bridge built into Blackberry Farm in 2011 inspired an increase in use of the park, according to this Mercury News report in 2014.