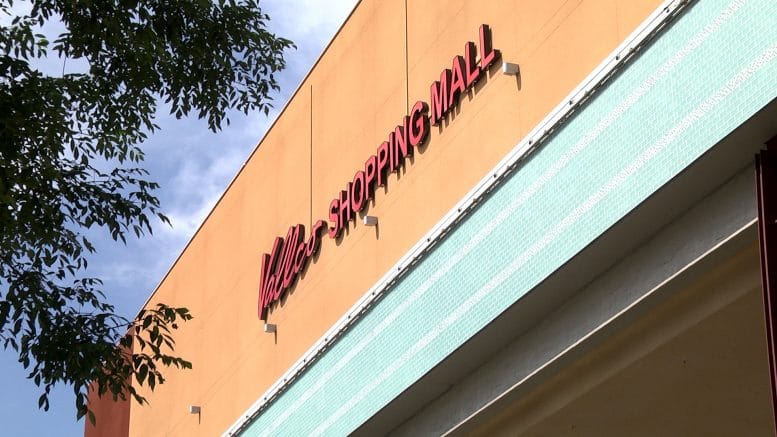 The results are in from Cupertino Today’s poll about the future of Vallco Mall that ran from Dec. 23 through Jan. 2. Within the sample of 312 unique poll respondents*, 78.2 percent said they want to see redevelopment at the mall located at 10123 N. Wolfe Rd, whether it be a mixed-use or a housing-centric plan.

The poll (see full results below) was launched amid the start of the public review process for Sand Hill Property Company’s latest development proposals for the mall. Sand Hill Property submitted a letter to the City in early October with an official request to restart the development process at Vallco. The letter asked to “collaborate with the City to develop a Specific Plan, that provides more options than we have today,” including two alternatives that contain more residential units. 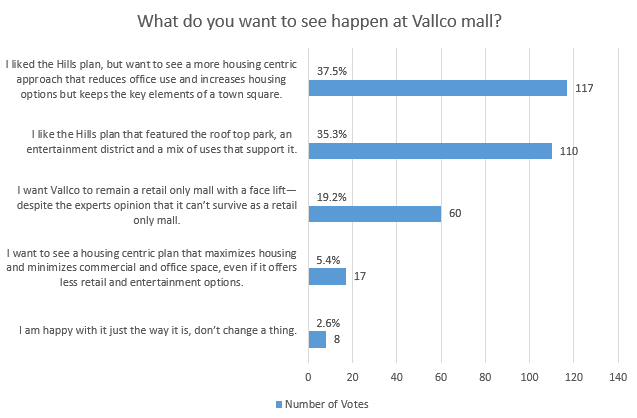 The developer asked the City to study project alternatives for the site that would reduce the amount of office space from Sand Hill’s earlier plan called The Hills at Vallco and increase the amount of housing, an option that was supported by the highest number of poll participants, with 117 votes or 37.5 percent.

Of poll respondents, 35.3 percent favored the previous plan, known as The Hills at Vallco, which proposed a rooftop park, entertainment district and a mix of other uses to support them.

In the poll, 19.2 percent expressed a desire for Vallco to remain retail only, a sentiment that comes amid a national trend of retail closures. On Monday, Business Insider predicted a “tsunami” of store closings in the U.S. in 2018 following a record year in 2017 that saw Macy’s, Sears, J.C. Penney and other major retailers shuttering an estimated 9,000 stores. At the same time as retail spaces remain vacant in malls such as Vallco, “50 retail chains filed for bankruptcy,” according to the article.

The public review process for the Vallco Mall proposals began at the City Council meeting on Dec. 19, where consultants hired by the City presented preliminary information about the different aspects of the process for a Vallco Specific Plan. They talked about the work they are going to do in the upcoming months, which will involve opportunities for community input, an anticipated schedule for the Specific Plan, research about the EIR, traffic, and the economic environment.

*EDITOR’S NOTE:
While the poll initially and unintentionally allowed individuals to vote multiple times, the Cupertino Today staff eliminated all duplicates to depict only unique votes. Only one vote per I.P. address was taken into account, to allow a correct representation of the poll. Deviations – such as one single person who made the effort to vote up to 80 times for the “retail only” option – were leveled out this way.