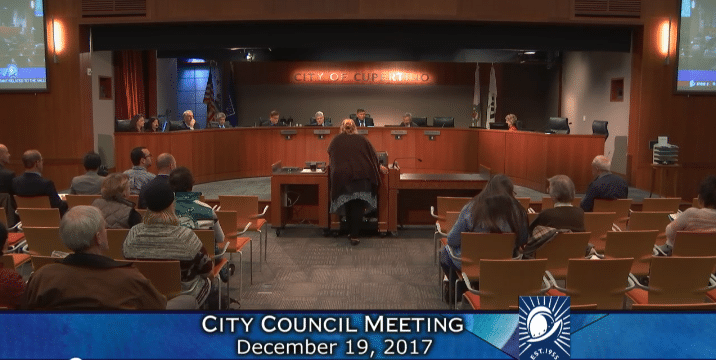 Last night’s City Council meeting gave the Councilmembers and the general public an opportunity to ask questions and comment on the future of Vallco.

Consultants hired by the City, Opticos Design Group, David J. Powers, Fehr and Peers, and EPS, presented preliminary information about the different aspects of the process for a Vallco Specific Plan. They talked about the work they are going to do in the following months. That work will involve lots of opportunities for community input, an anticipated schedule for the Specific Plan, research about the EIR, traffic, and the economic environment. When Mayor Darcy Paul asked Ben Sigman, EPS how they account for the constant change of the economy, the consultant said their focus is on today’s market trends in retail, housing and office use.

With a continuously declining trend in retail and an ever-growing need for more housing, we might expect the consultants to come up with conclusions that will support a mixed-use plan for Vallco, with a large housing component. The median home price in the Bay Area has increased 12.5 percent over the previous year, with Santa Clara County getting hit especially hard. Home prices rose 27 percent year-over-year to $1,282,500 in Santa Clara Country, according to a report by the California Association of Realtors.

“Vallco presents a unique opportunity for Cupertino to manage and respond to its own affordable housing needs. We urge you now to take advantage of this unique opportunity and look to each of you to do your part to ensure that there’s housing for all in Cupertino,” said Josh Barousse, Political Manager of Silicon Valley at Home. Barousse speaks on behalf of many, as a poll posted by Cupertino Today shows that more than half of residents say the cost of housing is a challenge.

Not everyone is supporting the effort to create more housing at Vallco. Jennifer Griffin, Cupertino resident expressed her desire for more retail at Vallco. She said, “I rue the day that we lost our mall in Cupertino. I say if it’s going to come back, let’s do retail completely. I have the money, I have the pocketbook and I’m spending my money in Santa Cruz County.  Why can’t I spend it in Cupertino? There are not enough stores here. We had the mall – we lost it. Let’s bring it back.”

Recent trends in retail aren’t very promising though, as stores see a general and continuous decline across the country and online spending continues to grow. A recent article in The Wall Street Journal states, “No longer are shoppers willing to drive distances to hit a clothing retailer. That is an online task. They are willing, however, to make an event of going downtown, to the compact shopping district where two-story brick buildings line the streets, to patronize local boutiques.”