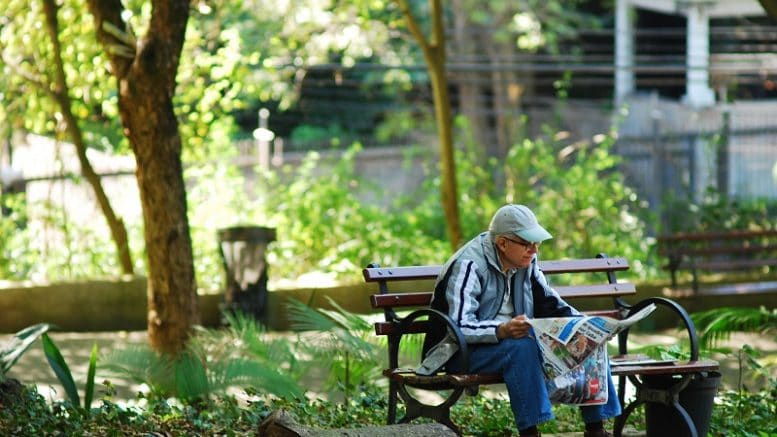 58 percent of readers said park space is "indispensable" at Vallco.

Adding ample park space in the Vallco redevelopment project is “indispensable,” according to 58 percent of voters out of the 414 who participated in our latest Cupertino Today poll.

Last week, we launched a poll that aimed to determine the importance of including park space and a rooftop park in the Vallco Mall redevelopment project. We released the poll after the unveiling of alternatives for Vallco that included varying amounts of park space built into the plans.

The latest proposal by Vallco’s owner Sand Hill Property Company includes a 30-acre rooftop park space. Meanwhile, alternative proposals pitched at the end of the first Vallco design Charrette, a multi-day event that encouraged the community to collaborate on a vision for Vallco, didn’t feature the rooftop park and had a significantly lower amount of park space altogether – between 7 and 12 acres.

In our poll, 58 percent checked the box for “Park space is indispensable” when asked how important they believed adding park space will be in the Vallco development. In fact, when asked if they would trade the rooftop park and park space for shorter buildings, 71 percent of voters said no, while just 29 percent said yes. 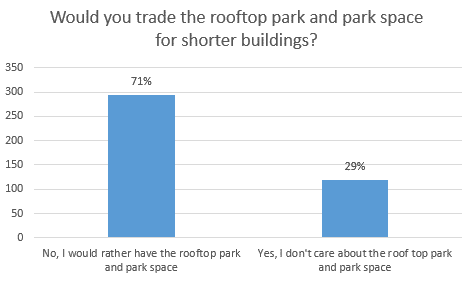 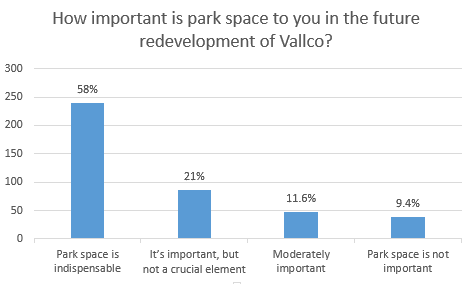 89 percent of respondents said they like the idea of a rooftop park, with a majority, 45.7 percent, marking the answer “absolutely, it’s great.” Another 18 percent of voters said they liked it, but believe it could be challenging. 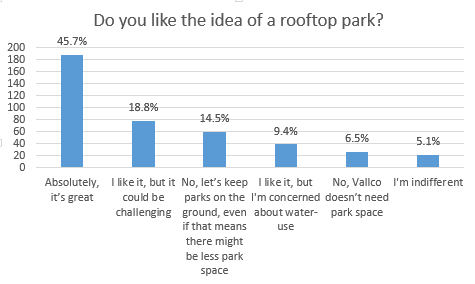 While Sand Hill Property Company’s SB35-compliant plan, called Vallco Town Center, features over double the park space as the alternative proposals created through the design Charette, the projects have similarities. Outside of the open space reductions, all proposals feature the same number of housing units – 2,400 – and all favor a movie theater, bowling alley and ice facility for the site. There were some variations, however, in the amount of space set aside for office and retail.

The city-led Vallco Specific Plan process will continue to run in parallel with Sand Hill’s SB 35 proposal. The second and last Vallco Design Charrette will take place from May 20 through May 24. The schedule will be announced soon, but this second week of design workshops and community meetings will be kicked off with a meeting on Monday May 20, from 6:00 to 7:30 p.m. at 10350 Torre Avenue. For more information, visit envisionvallco.org.

Be the first to comment on "POLL RESULTS: Approximately 60 percent of readers value park space and rooftop park at Vallco"