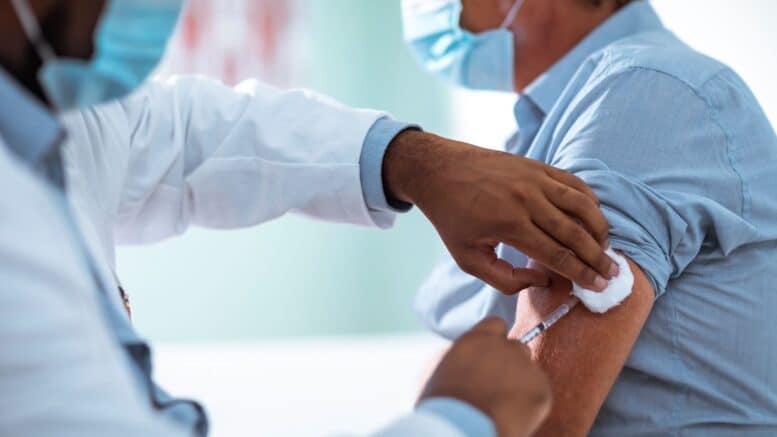 As of Wednesday, six Bay Area counties lead the state when it comes to vaccinating the 5-11 age group.

Statewide, 16.4 percent of children in that age group have received at least one dose of the COVID-19 vaccine, according to data compiled by the state.

In Marin County, the state’s overall leader in this metric, 58.2 percent of children ages 5-11 have received at least one pediatric dose. The second-highest rate for pediatric vaccinations in the state is Alameda at 37.4 percent, followed by San Francisco (36.9 percent); San Mateo (34.8 percent); Santa Clara (34.6 percent) and Contra Costa (31.2 percent).

The rates far exceed Southern California counties, where Orange County was at 15.8 percent for the 5-11 age group as of Wednesday, followed by San Diego (15.2) and Los Angeles (13 percent) counties. Counties in eastern California had lower rates, with Lassen, Colusa, Calvares, Modoc and Tuolumne counties tallying less than five percent.

In Marin County, over 3,000 children received pediatric versions of the vaccine within the first week of its authorization, local health officials said. In Santa Clara County, over 20 percent of the County’s children received the first pediatric dose in the first two weeks, according to Health Officer Dr. Sara Cody. In Contra Costa County, of the 95,000 vaccine doses administered to residents in the two weeks before Nov. 23, about 23,000 were in the 5-11 age group, Health Services Director Dr. Anna Roth said.

“Part of the strategy has been…getting [the pediatric vaccine] from their provider or at their school,” Dr. Cody said at a Nov. 17 Health and Hospital Committee meeting, adding that schools have partnered with pharmacies or received visits by the County’s mobile vaccine clinic.

Dr. Roth said higher vaccination rates, including among the older age groups where some residents are only now receiving their first vaccine dose, will put her county in a better position heading into the holiday season. More than half of eligible seniors in Contra Costa County had received their booster dose by Nov. 23, Roth said.

As the Bay Area sees the first confirmed case of the Omicron Variant in the United States, health officials urge residents to get vaccinated.

“The bottom line, getting vaccinated or getting a booster dose if you are vaccinated is the best way to protect yourself and your loved ones this holiday season,” Dr. Roth said.