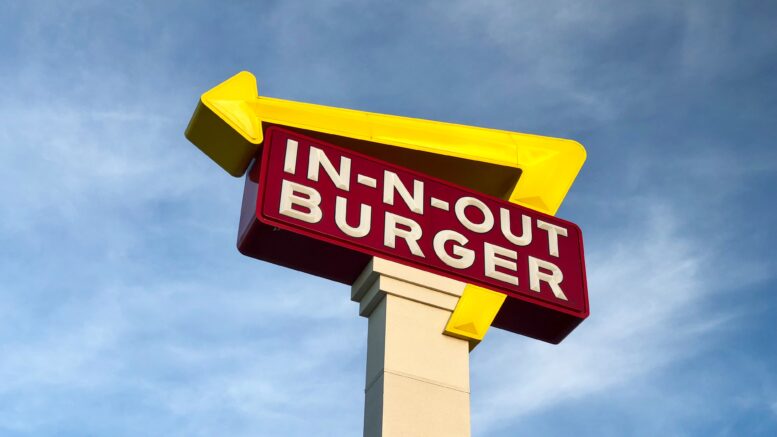 A Florida state official hopes In-N-Out Burger will accept his invitation to operate in the Sunshine state after some of the California-based burger chain’s restaurants in the Bay Area were shut down or fined for refusing to check indoor diners’ vaccination cards.

But Calif. Gov. Gavin Newsom has indicated he doesn’t have beef with In-N-Out.

KRON4 reports today that Gov. Newsom was asked about the sanctions against In-N-Out at a recent function in Oakland. The governor responded by calling In-N-Out “one of our great, home-based business,” and adds he has “great respect and admiration” for the company.

”However, [Newsom] acknowledged there is a difference of opinion with the county-level COVID mandate and mentioned that In-N-Out is not the only business which has gone against government health orders,” KRON4 reported.

Arnie Wensinger, In-N-Out Burger’s business officer, says In-N-Out doesn’t want to be the vaccine police for any government, calling it “unreasonable” and unsafe to “segregate customers into those who may be served and those who may not, whether based on the documentation they carry, or any other reason.” Two weeks ago, a restaurant in San Francisco was temporarily shut down for indoor service for not checking diners’ vaccination cards. For similar reasons, the Pleasant Hill location had its food permit suspended. Stores in Pinole and San Ramon have been fined over similar allegations.

Will that be enough to keep the burger chain in, and not out, of California?

Jim Patronis, the chief financial officer for the state of Florida, wrote a letter to In-N-Out Burger President Lynsi Snyder lauding her company’s courage to “oppose government overreach” and inviting In-N-Out to do business in his state, saying it is more friendly to businesses.

“My motto is, ‘Florida is for Winners’ and I have no doubt that your team can win here in the Sunshine state where we remain free and open for business,” Patronis stated in the letter.