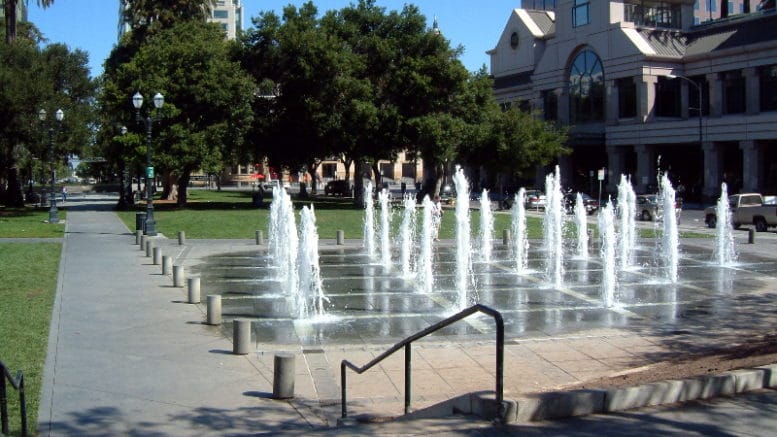 The annual Music in the Park series in Downtown San José kicks off this Friday with a performance from the Delfonics.

This is the 30th anniversary of Music in the Park, which features live music, and food and drink vendors. Produced by the San José Downtown Association, this series runs through August 23.

Plaza de Cesar Chavez is near two VTA light rail stops – Convention Center and Paseo de San Antonio – and is a 20-minute walk from the Diridon CalTrain station. Parking is available in a number of nearby garages. For cyclists, Silicon Valley Bike Coaltion will have a free on-site bike valet.

General admission tickets are $15 if purchased in advance, and $20 if bought the day of the event. VIP tickets are $35 and include a drink ticket, a dedicated entry line, a reserved VIP area, and access to private bathrooms.

Kids 12 & under are free with paid admission.

For more information on Music in the Park, or to purchase tickets, click here.