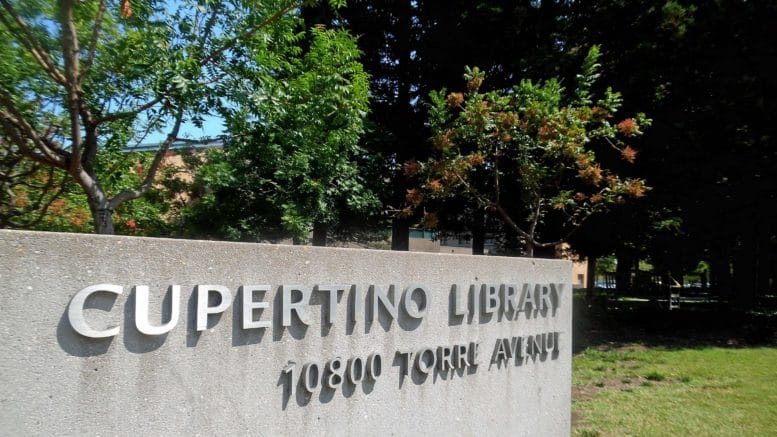 The raging debate over a Vallco Shopping Mall referendum that has turned the library into something more resembling Sproul Plaza at Berkeley, reportedly got physical earlier this month when police were called to the Cupertino Library regarding an alleged assault and battery incident.

According to a police report from the County Sheriff’s Office, a man in support of the referendum allegedly struck a pro-Vallco supporter in the neck during a confrontation on October  18 at around 5 p.m.

The deputy’s report states that the incident stemmed from water being sprayed by the suspect onto the victim. However, both parties told police that they had issues with each other from the prior day. The library has become a gathering area this month for referendum supporters. They are there hoping to gather enough signatures to place a repeal of the Vallco Specific Plan on a future special election ballot. Counter protesters have also been at the library looking to dissuade residents from signing.  The result is that regular library users and those seeking to drop off ballots at the County’s ballot drop spot have to navigate a gauntlet of Vallco on the way in or out.

As for the October  18 incident, the victim, whose last name is Reynosa, told police that he was at the library working as a self-employed petitioner who is in support of the Vallco redevelopment. He told police he was standing behind the suspect when the suspect squirted water up in the air. The victim confronted the suspect about getting him wet with water. The suspect, whose last name is Schaefer, later allegedly hit the victim in the chin and neck area. Police cited, released and issued a court date to Schaefer.

Schaefer is believed to be associated with Better Cupertino.  The victim appears to be part of the group paid for by Vallco to inform voters of what they claim are the dangers of the Better Cupertino Initiative. We have been told that this is not the first time that Sheriff’s have been called to the scene of the library to intervene.

Better Cupertino is most known for its vehement objections to the re-development of the Vallco mall and development proposals in general.  They can frequently be seen in their characteristic red shirts at public meetings voicing their objections to the plans.  They were also responsible for the attempted recall of then Mayor Barry Chang who claims that members from the group called for him to be “hung from a tree” something Chang says is “racist” and beyond the pale.

3 Comments on "Physical altercation reported at library over referendum"