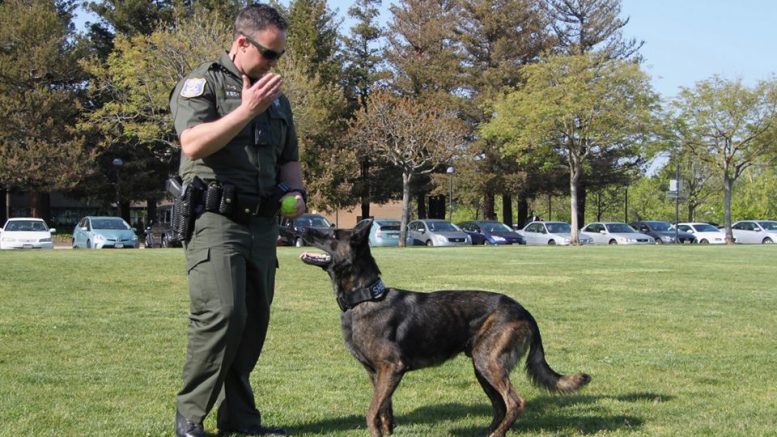 Dutch, a 2-year-old Dutch Shepherd, is one of the newest members of the Santa Clara County Sheriff’s Office, and will be working the Cupertino beat, according to the city’s monthly magazine Scene.

His partner is Deputy Michael Keck.

A recent internal review of incidents where K-9 assistance was requested led to the acquisition of Dutch.

“It was determined that K-9 units helped resolve about 65% of the incidents they were involved in,” according to Scene.

Dutch will “certainly complement our community relations team by virtue of having a dog’s playful and friendly demeanor,” Captain Rich Urena said.

Dutch originated in the Netherlands as a “jack-of-all-trades dog that could meet the various needs of shepherds and farmers, the American Kennel Club states,” according to Scene. His roles there included “keeping hens out of family gardens, herding cows for milking, pulling carts to market, watching the family children, and alerting farmers to strangers,” the magazine reported.