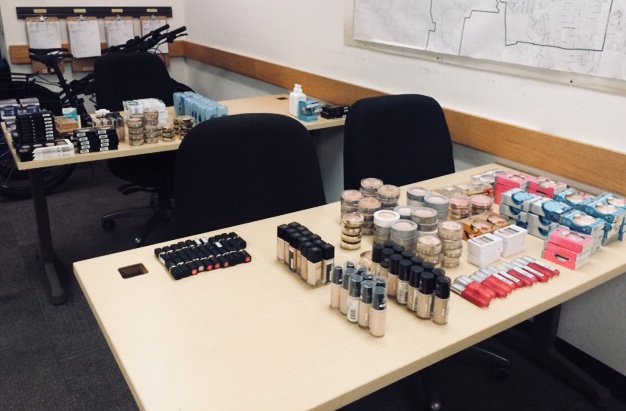 Two 21-year-old women were arrested Tuesday after sheriff’s deputies saw them leave a Cupertino Walgreens with a large amount of cosmetics.

The deputies thought it was suspicious when they saw Cambria Romes of Menlo Park and Shanel White of Antioch walking out with all that makeup, Santa Clara County Sheriff’s Sgt. Richard Glennon said. The deputies approached the pair, engaged them in conversation and determined the items were stolen.

The pair was arrested on suspicion of grand theft and conspiracy. A subsequent search of their vehicle uncovered a large amount of cosmetics, Glennon said. About $8,000 in items were recovered, according to estimates.