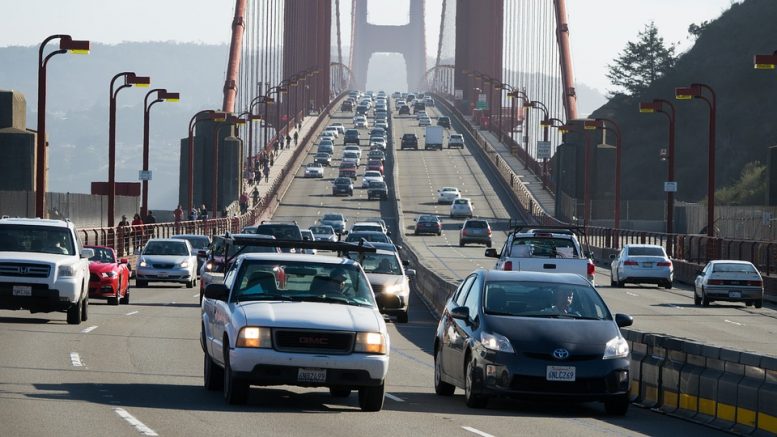 The Bay Area Toll Authority voted unanimously on Wednesday to place Regional Measure 3 (RM3) on the June 5 ballot, with members saying the traffic relief measure is sorely needed to solve hair-pulling congestion that has increased by 80-percent since 2010.

The measure seeks to use $1 toll increases on all Bay Area bridges except for the Golden Gate Bridge in 2019, 2022 and 2025 to raise $4.5 billion for a set of projects aimed at reducing highway gridlock and improving public transit, including in the South Bay.

“The Bay Area has been blessed by several consecutive years of strong economic growth. But the price we’ve paid is the growing congestion on our freeways, railways, buses and ferries,” said MTC chair Jake Mackenzie.

Projects that would receive funds under the measure include extending BART to San Jose and connecting Eastridge to the BART regional connector; expanding BART’s fleet of next generation cars, and significant improvements to the Highway 101/State Route 92 interchange and Dumbarton Corridor. To see the full list of projects the measure would fund, go here.

“Bay Area commuters battling record traffic are desperate for big investments in our transportation system that will bring meaningful relief,” said Jim Wunderman, president and CEO of the Bay Area Council. “Regional Measure 3 will invest $4.5 billion to clear highway bottlenecks, expand and modernize BART, bus and ferry transit services, and dramatically improve connections between buses, trains and bikes. With the leadership of the Metropolitan Transportation Commission to place RM3 on the June ballot, voters will have the power to put traffic in our rearview mirror.”