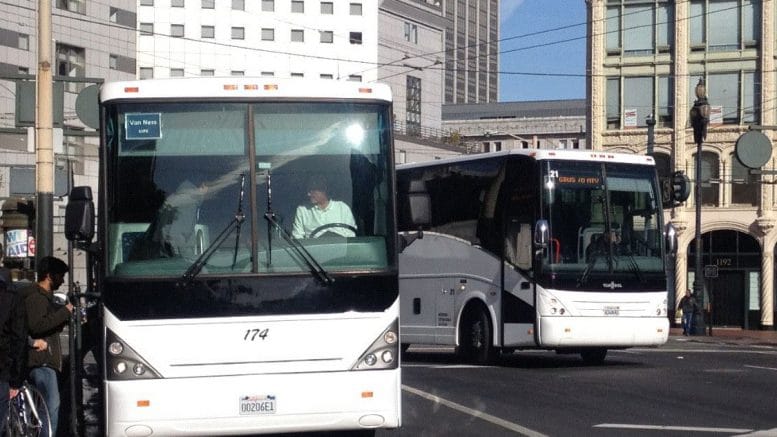 Four charter buses carrying Apple workers and another carrying Google workers suffered damaged windows as they traveled down Interstate Highway 280 on the Peninsula on Tuesday, according to a California Highway Patrol official.

The buses were apparently the victims of vandalism, possibly by pellet or BB gun or rocks.

“We’re not certain what caused the damage at this time, but we’re not ruling anything out,” CHP Officer Art Montiel said.

The vandalism occurred during both the morning and evening commutes, as buses traveled in both northbound and southbound directions. All incidents occurred on I-280 between state Highway 84 and state Highway 85, Montiel said.

Authorities were unsure if the buses were being targeted as they were unmarked, Montiel added.

According to Mashable, an Apple company email stated coaches would be rerouted as a result of the incidents. The route change “could mean an additional 30 to 40 minutes of commute time in each direction for some riders,” the email explained.

Be the first to comment on "Apple, Google buses vandalized on I-280"