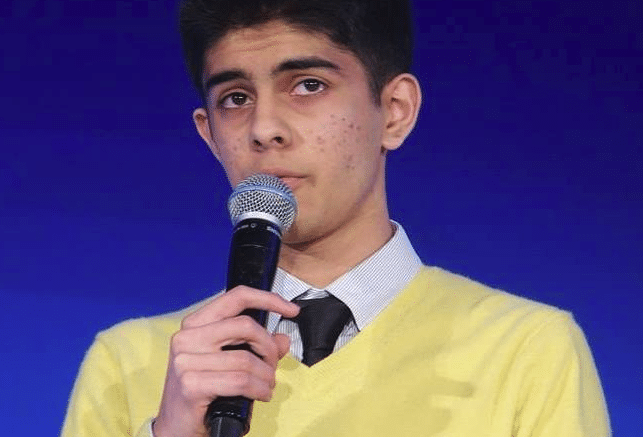 A Cupertino High student was named a semifinalist in the nation’s oldest and most prestigious national math and science competition for high school seniors.

Utkarsh Tandon, 18, was one of nearly three hundred braniacs selected out of 1,818 entrants as a semifinalist of the 2018 Regeneron Science Talent Search, a 76-year program whose alumni have gone on to win 13 Nobel Prizes, 11 National Medals of Science, two Fields Medals, 18 MacArthur Foundation Fellowships and five Breakthrough Prizes.

The honor for innovation is nothing new for Tandon, who is the founder and CEO of OneRing (see video below), an intelligent tool for monitoring Parkinson’s Disease. That product earned distinction at the International Consumer Electronics Show in Las Vegas.

They were among nearly 300 semifinalists. Each scholar receives a $2,000 award with an additional $2,000 going to his or her respective school.

On Jan. 23, 40 finalists will be chosen to compete in Washington, D.C in March. “They will receive an all-expenses-paid trip to Washington, D.C. from March 8–14, during which they will compete for more than $1.8 million in awards provided by Regeneron, including the top award of $250,000,” competition organizers said.

For more information on the competition, read this blog post on Medium.