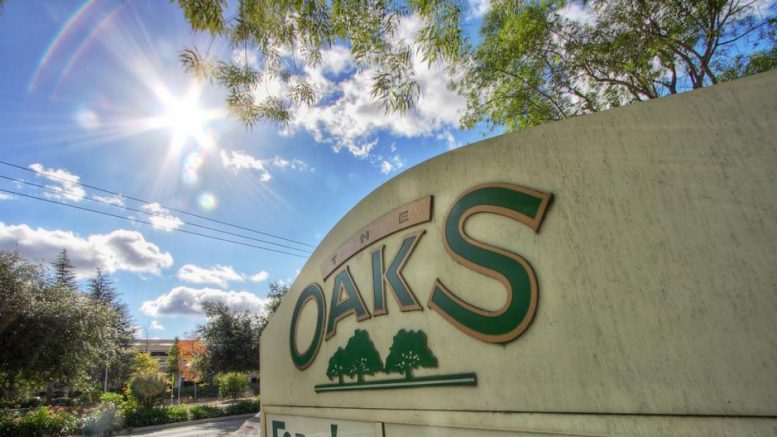 Developer KT Urban has withdrawn its latest application to demolish the existing Oaks Shopping Center to make way for a mixed-use development with office, hotel, apartments and retail.

The public hearing was originally scheduled for tonight, January 11, but was then postponed to the City Council meeting of January 16. The City of Cupertino announced yesterday that the public hearing is now cancelled. A reason for the withdrawal was not provided in the city statement. In a short written statement, the developer informed us that “after careful consideration, KT Urban has decided that it would be best to pull the project from the City Council Agenda at this time.”

The redevelopment of the Oaks Shopping Center has received pushback from the City Council since December 2015, when the developer submitted a first plan for the site.

In August last year, the Council voted 4-1 against KT Urban’s proposal for two alternative projects to replace the 40-year-old, 71,250 square foot shopping center.  The alternatives both included 69,500 square feet of commercial space, with one option adding 605 residential units and the other 270 residential units, a 170-room hotel and 280,000 square feet of office space. Both alternative plans included a 27,500 square foot movie theater, 42,000 square foot of ground floor retail, a transit center, three levels of underground parking and below market rate housing, according to city documents.

Mark Tersini, principal of KT Urban, said the project would add much-needed housing to the city and inject vibrancy into a struggling shopping center while increasing quality of life for Cupertino residents.