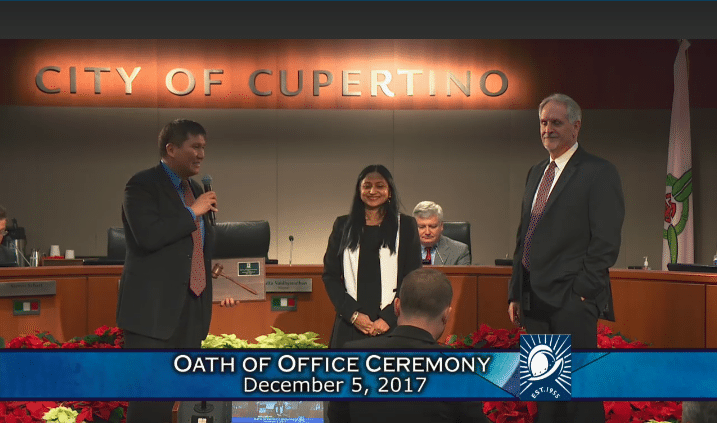 As a result of last night’s City Council Meeting, Darcy Paul is now serving as Mayor of Cupertino. Rod Sinks was selected to be Vice Mayor.

Cupertino has a five-member City Council that chooses two members to serve as Mayor and Vice Mayor each year.

Mayor Paul took to Facebook to thank the community for attending the swearing-in and offered remarks about his new found role. “I am deeply honored and grateful that, as a community, you have allowed me to be your Mayor for this upcoming year. We are going to continue doing well this year,” said Darcy. “I see my role as keeping the discourse civil, and being open about the various factors affecting our decisions.” 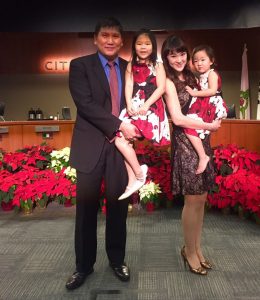 Mayor Darcy Paul, with his wife and children. (Courtesy of Darcy Paul’s Facebook)