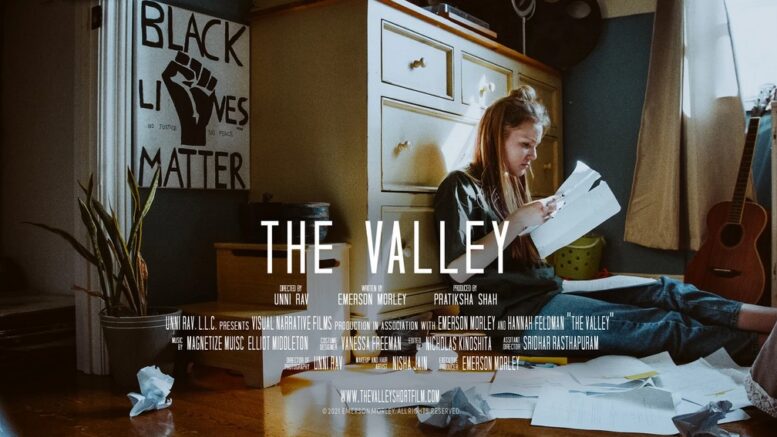 For many young people, pandemic restrictions have been stifling. But for a Los Gatos High student who suffers from a learning disability, time away from the school campus provided moments of clarity and inspiration that would result in a highly-talked about new short film.

As told by NBC Bay Area, 17-year-old Emerson Morley penned a movie screenplay loosely-based upon her life in just seven days. She then searched for professionals to help create the short film and successfully raised $15,000 via crowdfunding for its production, which took place over four days in February.

Since then, “The Valley” — a story “of learning disabilities and self-worth in a high achieving academic experience” – has been making its festival rounds and has already received award nomination from the San Francisco Indie Film Festival, according to NBC Bay Area. The film recently premiered at Pruneyard Cinema in Campbell.