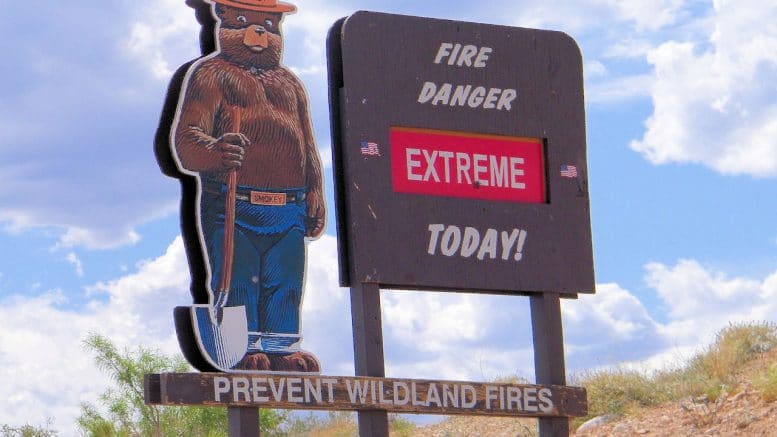 While the 2021 California fire season isn’t expected to peak until later this year, wildfires across the state have already wreaked havoc. According to Cal Fire, this year there have been 6,347 wildfire incidents reported, 959,611 acres burned and 1,692 structures damaged or destroyed.

The largest wildfire currently burning, the Dixie fire, has burned over 500,000 acres and is still raging across Butte, Lassen, Tehama and Plumas counties. The second largest fire in California history has been burning for three weeks already and was reported to be 30% contained as of Thursday morning.

Crews are preparing for a windy day and upcoming weekend. The fire has been covered by a layer of smoke since the weekend, which helped to keep winds down and allow the crew to get more containment on the fire. Officials have warned that high pressure thunderstorms expected to hit the area on Thursday could reignite the blaze to levels similar to last week, when the fire grew 110,000 acres in a single day.

In addition to the Dixie Fire, the River Fire, Nelson Fire and Glen fire are also actively burning. Santa Clara County firefighters were dispatched this week to assist with the Glen fire in Yuba County which is currently being held at 10% containment.

“Allocating resources up and down the state for strategic cover assignments and to fight fire is what we signed up to do. Be safe and please heed all evacuation orders,” Cal Fire SCU tweeted

Santa Clara County has already been faced with one small wildfire this season, and firefighters are bracing for more as fire season continues. The Church fire, which started and ended on July 12th, was contained at 3 acres in the San Martin area thanks to quick moving crews.