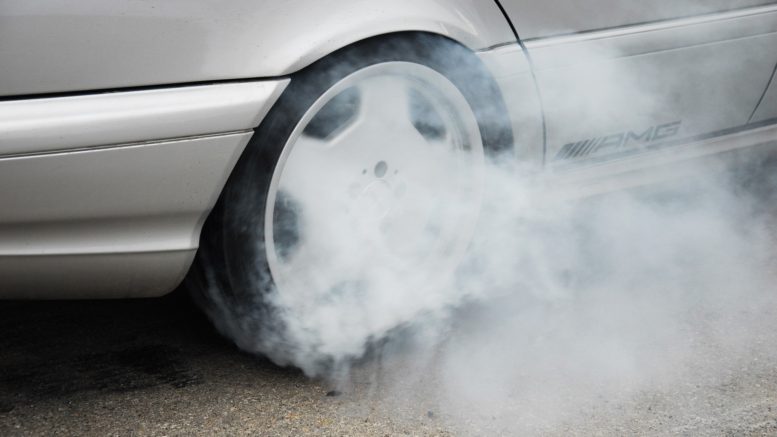 The City of Santa Clara’s Chief of Police has been on the job less than a week but is already taking action to target street racing and sideshows.

Pat Nikolai was sworn into office on April 28, following City Council action to certify the March 3, 2020 election results. The ceremony was performed in a socially distant event in the Council chambers, with Nikolai’s wife Tedra pinning his badge.

Nikolai will serve until at least December, which finishes the term of his predecessor, Michael Sellers. Nikolai has served 28 years on the Santa Clara Police. The November 2020 election will determine the Chief of Police through 2024.

“It is my goal to continue to build relationships within our community and focus our department on the issues that most concern our residents,” Nikolai said following the swearing in.

Sideshow spectators can be fined

Also at Tuesday’s meeting, the City Council passed a new ordinance aimed to reducing sideshows and illegal street racing. State law already allows for criminal penalties for those operating a vehicle in a sideshow. While the city law doesn’t target participants, it fines spectators of the events. The fines are up to $500, and can be enforced beginning on May 28.

“This will have a really positive impact on the safety of residents and the businesses, not just in the northside but really all over Santa Clara,” said Councilmember Kathy Watanabe via phone during the council hearing.

While sideshows are usually concentrated in industrial parts of town, the noise and group congregations have raised complaint from residents and local businesses. In a time of social distancing during COVID-19, they also raise concerns about transmission of the virus.