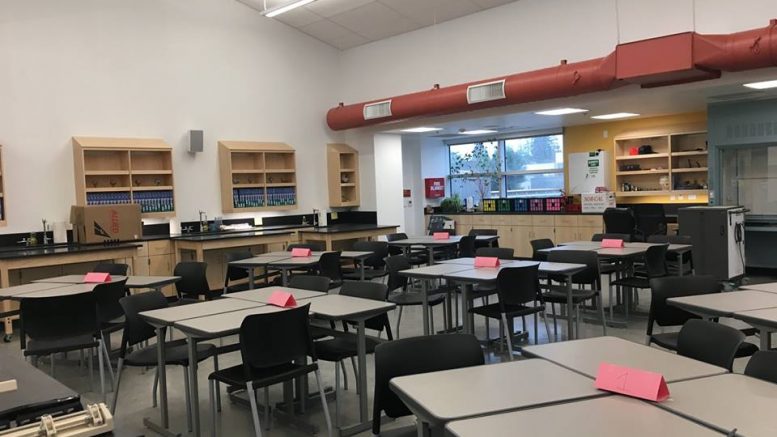 After a short three-year tenure as the Superintendent of Cupertino Union School District, Craig Baker is heading to retirement.

Baker’s announcement came during the district’s board meeting closed session on Thursday evening. The Board is expected to accept the retirement at its May 7 meeting. His last day is set for June 30.

While the announcement was not unexpected, according to district officials, it does add uncertainty to an already unsettled school year. Baker has worked in education for more than 40 years.

“He has never faltered in having the best interest of students at the top of his agenda,” Cunningham said.

The Board decided unanimously to name Associate Superintendent Stacy McAfee as Interim Superintendent. She will take the reins after Baker departs, while a search for a permanent replacement continues.

“School is fundamentally about relationships – with students, with staff, and with the community, and the Board is confident Stacy McAfee will successfully lead with this guiding principle through our transition, as she has already demonstrated herself to be remarkably capable in the past,” Cunningham said about the interim leader.

Cupertino Union is facing a difficult financial picture, which Cunningham acknowledged in a statement Friday morning. Planning for the 2020-21 budget is underway, with more than $3.5 million in cuts expected. Those reductions are expected to slash across all departments and management, including a reduction in the executive team.

The district has faced falling enrollment in past years, a trend which will likely continue. In 2019, the district reported projections of 4,600 fewer students in 2024 compared to 2015. District funds come heavily on a per-student state formula, so the dramatic fall in enrollment means millions in lost revenue.

Additionally, the failure of Measure O in the March 2020 election compounded the financial challenges. That measure, which received nearly 60% of the vote – short of the 2/3 needed, would have levied a $125 per-unit parcel tax for five years.

“We [are] ready to embrace what comes next in helping to find continued sound financial footing and leadership for CUSD,” Cunningham said.