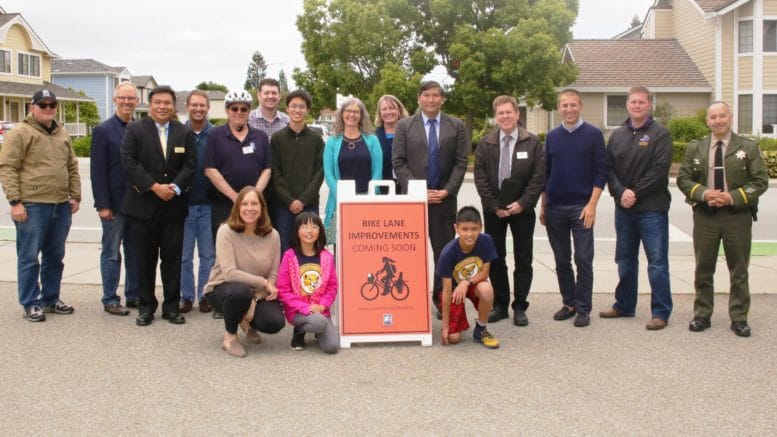 The kick off ceremony for separated bike lanes on McClellan Road.

Construction on the first leg of separated bike lanes on McClellan between Imperial Avenue and Stelling Road is set to begin today. The city says the lanes will improve bike access to Lincoln, Monta Vista, and Kennedy schools.

Pre-construction activities took place in February and April. That involved tree removal along the route, underground pipe work, and the planting of replacement trees on the De Anza College campus.

According to the city’s website, construction will last for three months. Construction will occur Monday through Friday starting at 9 a.m. and lasting until 6 p.m. There will be no construction on Monta Vista High School’s graduation day, June 7.

Crews will have to narrow vehicle sections of McClellan Road during construction, but will maintain pedestrian and cyclist access.

This is the first leg of separated lanes on McClellan Road, which will eventually stretch from Byrne Avenue near McClellan Ranch Preserve all the way to Torre Avenue next to Cupertino City Hall.