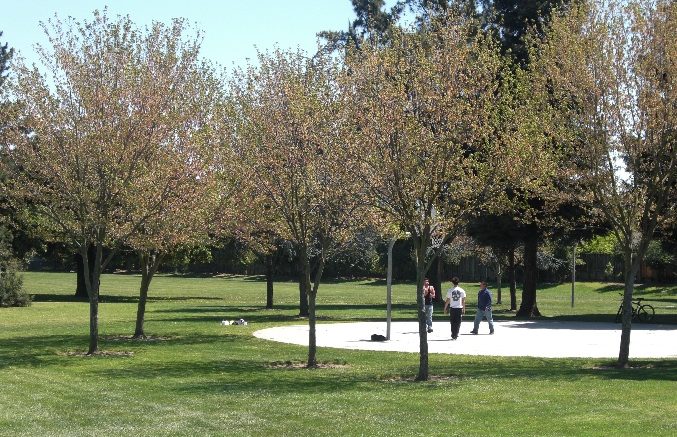 Photo of the Jollyman Park basketball court courtesy of the City of Cupertino.

The Santa Clara County Board of Supervisors approved funding last week for an all-inclusive playground to be built at Cupertino’s Jollyman Park.

According to a news release from the office of County Supervisor Joe Simitian, Cupertino was of one several cities in the County that have received funding for the playgrounds, including Mountain View, Palo Alto, San Jose and Santa Clara.

The funding comes through a grant program that was originally proposed by Simitian in February 2017 to provide all-inclusive places for people to play and socialize. He said in the press release, “Kids and families from all across the County should have access to playgrounds that are truly all-inclusive.”

This is the County’s second $10 million round of funding, which is designed to leverage additional funds from cities, school districts, philanthropies and individual donors.

“These grants show just how much we can do if we partner together. I hope this will inspire additional partnerships in the coming years,” he said.

The playgrounds are designed to be accessible and secure for people with autism, sensory challenges, cognitive development and physical disabilities, and also for those without special needs.

Similar playgrounds can be found in Santa Clara County at Rotary PlayGarden in San Jose and the Magical Bridge Playground in Palo Alto.

According to Simitian’s news release, more than 10,000 children in Santa Clara County have “major disabilities,” and more than 20,000 take advantage of special education in schools.