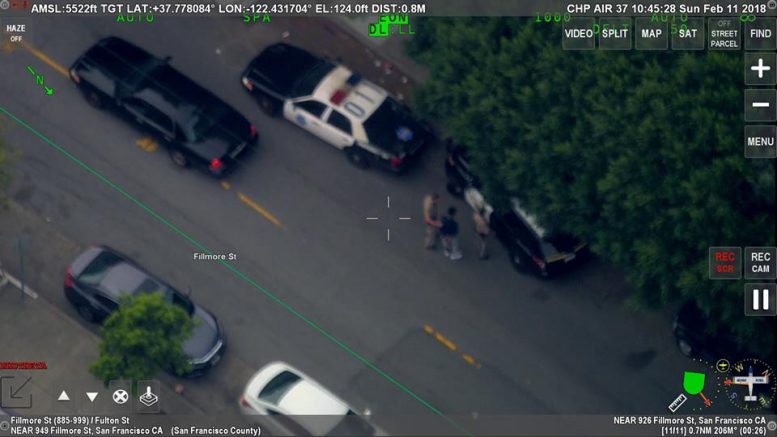 Three suspects who were arrested following a police chase from Cupertino to San Francisco on Sunday had been suspected of breaking into cars along Vallco Parkway that morning, according to police and news reports.

The incident occurred shortly before 10 a.m., when Santa Clara County deputies responded to reports of possible burglaries in progress on Vallco Parkway and found three suspects inside a car, according to reports by the California Highway Patrol and KRON4 News.

A chase ensued northbound on the highway at speeds exceeding 100mph, according to the San Francisco Chronicle, and the suspects exited at Candlestick Park and drove through several neighborhoods before fleeing on foot.

“Little did the suspects know but our CHP Air-37 was overhead and following them,” according to CHP officials. “Air-37 directed CHP and San Francisco Police officers to their locations and all were taken into custody.”

The Santa Clara Sheriff Office is handling the investigation. The identities of the suspects were not immediately available.