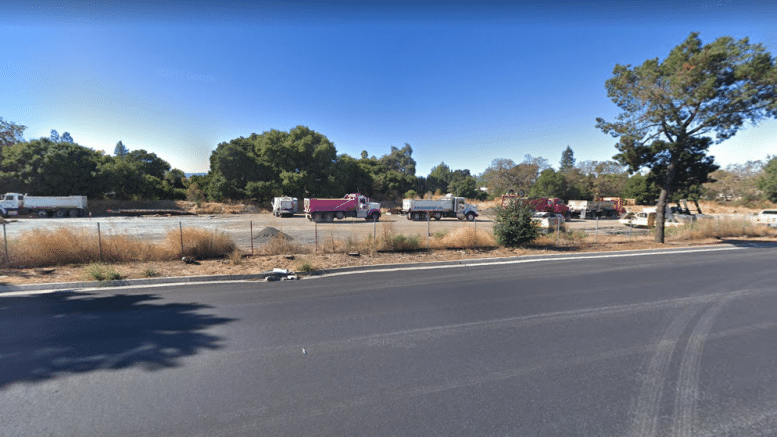 A significant plot of land along the Lawrence Expressway in the Rancho Rinconada neighborhood should be obtained by the city and dedicated for park space, Mayor Darcy Paul said in his State of the City address.

The Mayor said the potential 7-acre spot just south of Calvert Drive — called the Lawrence-Mitty Park Property — is “both significant in size and location” and located in an area lacking of adequate park space.

While the land runs west of the busy expressway, it runs east of Saratoga Creek and could provide an extension from the south for the San Tomas Aquino/Saratoga Creek Trail, Paul said.

Obtaining the space, which is owned by the county and used as a storage site, according to the Mercury News, could have long-range benefits that would ultimately improve quality of life in Cupertino, Paul said.

“We are not at a time right now where it’s a stretch to obtain this space and dedicate it to a use that improves quality of life and interconnections,” he said.

The Mayor noted the city’s recent, swift work last year to purchase a residential property near Blackberry Farm in order to make way for construction of a pedestrian pathway into the park. Currently, foot traffic shares a narrow road with vehicles, creating safety issues.

“This is a really good thing,” he said. “It took us all a couple of months to make this decision.”

The Mayor challenged the city to “put in the work to ensure that society at large doesn’t simply write off certain areas as impervious to application of our modern-day ecological principles as they intersect with the spaces where we live and commute.”

As was acknowledged by the Mayor, the City of Cupertino and the City’s Parks and Recreation Commission has indeed worked hard in the last year to make the condition of our city’s parks a priority. Cupertino is fortunate enough to have many great parks.