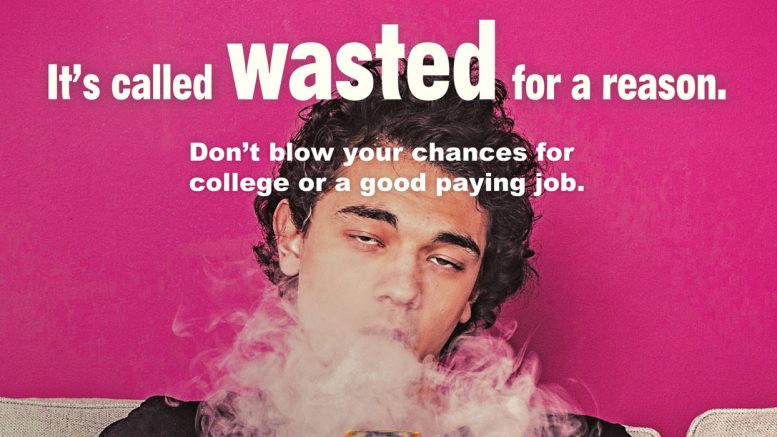 KPIX CBS recently aired a highly discussed story on the recent anti-marijuana ad campaign, Wasted on Weed, that is appearing on buses and VTA in Santa Clara County and garnering a lot of attention.

Prompted by marijuana legalization and targeted at teenagers, the campaign was launched by The County of Santa Clara Behavioral Health Services Department with the aim of convincing young people to stay away from marijuana through eye-catching advertisements on public transit, buses, in movie theaters and online.

The campaign reminds young people that marijuana is illegal until age 21 and can have a negative impact on teenage minds. The county cited a study (discussed by the American Psychological Association here) that found that adults who reported heavy marijuana use as teens had lower IQ scores and were more likely to have dropped out of high school and report diminished satisfaction and achievements.

“The results of that is that it affects their IQ. It affects their memory, their attention span,” Stephanie Kitchen of Santa Clara County Behavioral Health told KPIX-CBS. “And at this point, when they are learning, it affects how they are going to succeed in school.” 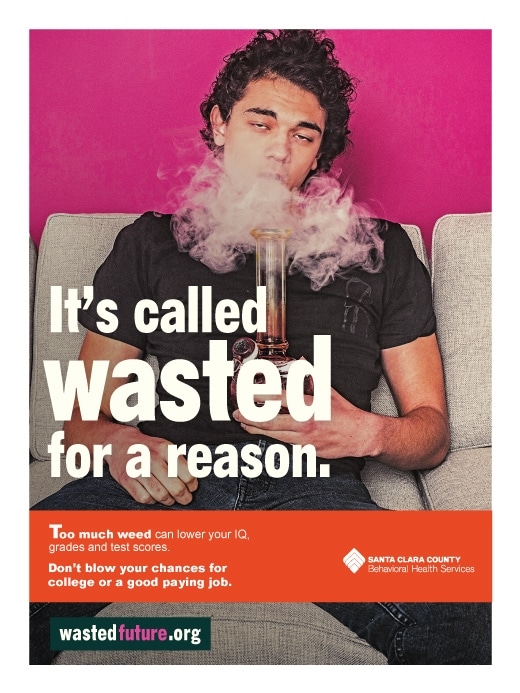