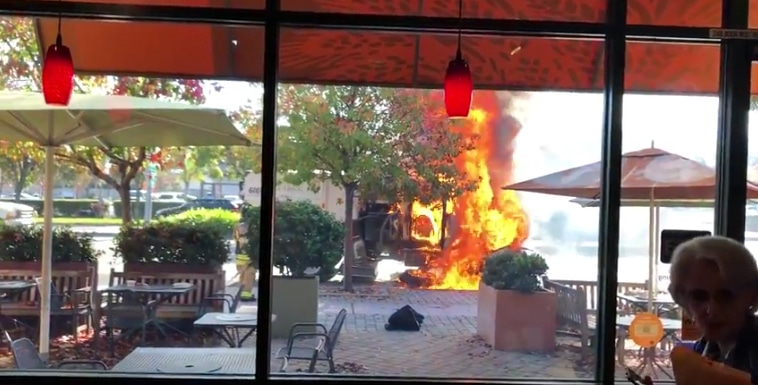 Multiple videos have popped up in social media about the street sweeper that caught fire and caused quite a spectacle on Stevens Creek Boulevard in Cupertino last week.

Folks filming from inside a restaurant got a bit of a scare when the street sweeper’s tire popped, making a large explosive sound:

Here’s another citizen-captured video shot from across the street:

And finally here’s the video from Emergency Response, which shows authorities on the scene and apparently with the situation under control.

1 Comment on "Video! Street sweeper engulfed in flames in Cupertino"