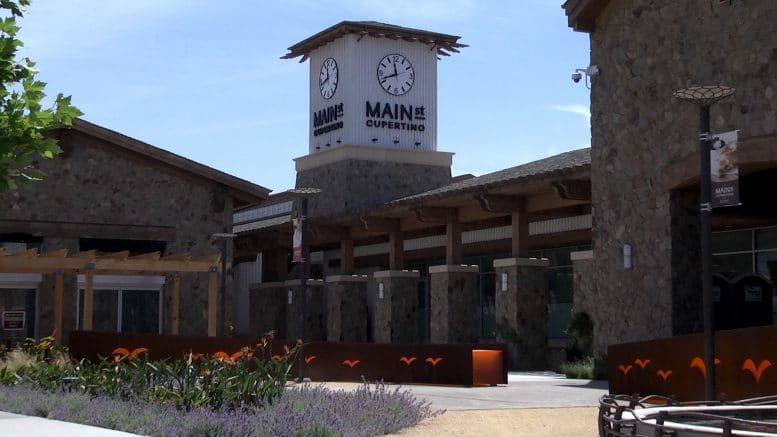 With the 180-suite Residence Inn by Marriott hotel opening its doors at Main Street Cupertino, the vision of a central entertainment district and gathering space in Cupertino appears to be taking shape after more than a decade of planning.

The new hotel won’t only meet the demand for rooms in the region — it is among the “finishing touches” of an 18.4-acre development that is already home to major retailers and office tenants, from technology startups to larger companies, according to the Silicon Valley Business Journal.

The developer, Sand Hill Property Co., envisions that the site at 19401 Stevens Creek Blvd. — along with its plans to rehabilitate the neighboring Vallco Shopping Mall — will be combined into a central entertainment center that is “famously lacking in many Peninsula cities, including Cupertino,” according to the article.

Main Street Cupertino’s retail portion is full, with 28 retailers, restaurants and cafes locked in, and early next year the 120-unit Main Street Lofts, which feature studios, 1-bedrooms and live-work units, is set to open.

Next on Sand Hill’s list is improving the Vallco Mall property. Earlier this month, Sand Hill submitted an official request to the city to restart Vallco’s planning process. The city has been asked to study project alternatives at the site that would reduce the office space from Sand Hill’s earlier “The Hills at Vallco” plan and increase housing, with a significant amount of affordable units.

“There is a significant demand for housing and the supply hasn’t caught up, which is one of the reasons there is such an affordability crisis in the South Bay,” Mike Kramer, Sand Hill Property Co. told the Business Times. “So, we are trying to do our part to increase supply and provide a variety of housing options to local residents.”