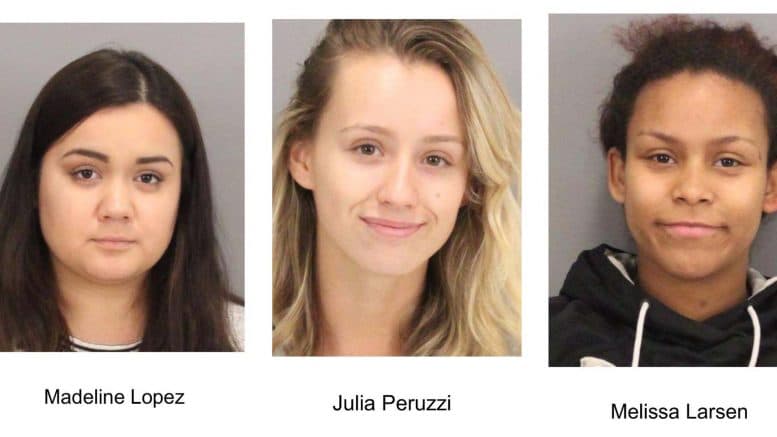 Sunnyvale police have arrested three women in connection with a series of crimes over the past six months that targeted employees at open houses and retail stores in Cupertino, Sunnyvale, Los Gatos, Palo Alto and Santa Clara.

“The suspects would look for female employees working by themselves at an open house or in the store,” police said. “One would distract the employee by plugging a toilet or creating some other diversion. The other would steal cash and/or credit cards from the employee’s purse as she was being distracted. Another would drive the getaway car to Safeway or CVS and they would buy gift cards using the stolen credit cards.”

A Sunnyvale patrol officer’s investigation led to the identification of Melissa Larsen, 20, Madeline Amelia Lopez, 19, and Julia Marie Peruzzi, 18, as suspects. They are facing 20 charges.

Be the first to comment on "Three alleged thieves targeted employees at open houses, retail stores"