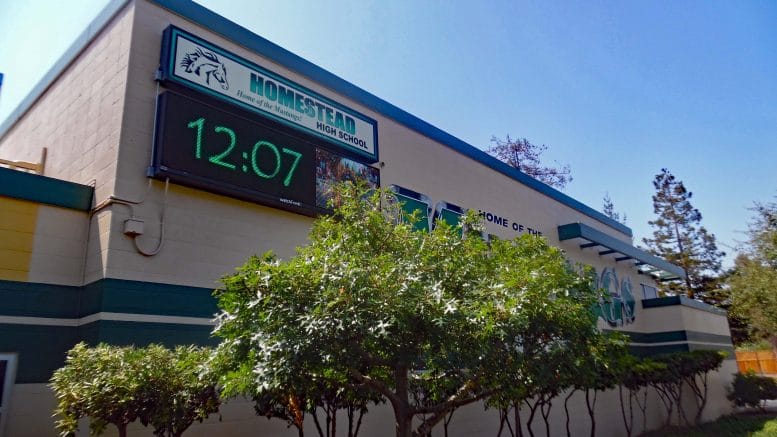 Traffic safety advocates are debating a proposed law — SB-328 — that would require middle schools and high schools throughout California to start school no earlier than 8:30 a.m.

The concern is over the potential that a later, standardized start time may push school commuters into rush hour traffic, exacerbating congestion and posing safety risks in local cities, according to a recent blog post by Larry Dean, advisory committee member for Walk-Bike Cupertino.

Dean didn’t take a position on the matter and rather presented viewpoints for his readers to consider.

On the other hand, Dean said, local supporters of the legislation such as Bike-Pedestrian Commissioner Jennifer Shearin say in part that later school times would promote biking and walking during the winter, when students commute in the dark.

The legislation’s supporters, which includes the American Academy of Pediatrics, cite scientific studies showing teens are more alert, less tardy, and more likely to graduate if they were able to sleep in a bit longer. Opponents, including the California School Boards Association, argue the legislation is too rigid and would clash with the work schedules of many parents.

Dean encouraged residents to review the issue and send comments — either for or against — to local elected officials.