Increased traffic congestion has led local officials to call for a study of transit relief options on the Stevens Creek/West San Carlos Corridor from Highway 85 to Diridon Station, and along Lawrence Expressway from Saratoga Avenue to Hwy 237.

In a letter on Aug. 23, several Santa Clara Valley Transportation Authority board members asked the transit agency’s general manager, Nuria Fernandez, to look into a range of solutions including a dedicated transit lane, rapid transit for bus and light rail, specific lanes for HOV, and recommendations for operational changes.

“This is a very thoughtful and positive response from Sam Liccardo and Chappie Jones to the op-ed several of us wrote a couple weeks ago,” Cupertino Councilmember Rod Sinks said on Facebook about the requested studies. “I am grateful to them and proud of the leadership of Cupertino Mayor Savita Vaidhyanathan in bringing everyone together.”

More information regarding the studies and funding options will be brought to the Board in Fall 2017. 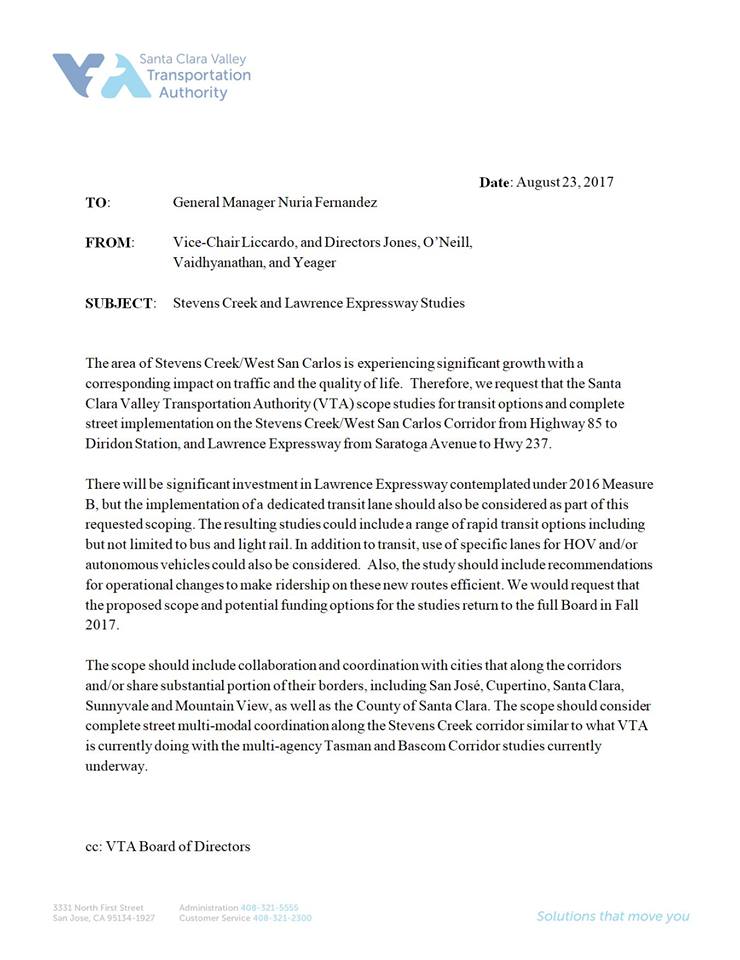