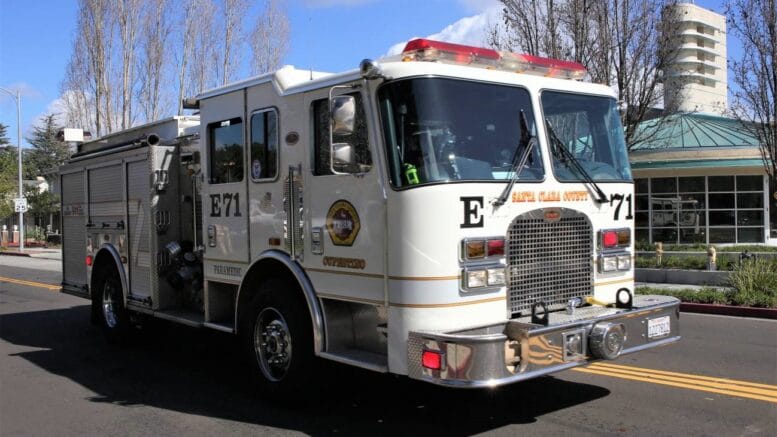 San Jose man Dyllin Jaycruz Gogue was arrested and charged with intentionally starting the April 9 fire earlier this month. According to the Santa Clara District Attorney’s Office, evidence shows the fire was started as a diversion while Gogue stole tools from the hardware store.

“I speak for a grateful city in commending the outstanding work of our Fire and Police departments in saving lives and rapidly identifying the suspect,” said Mayor Sam Liccardo. “The DA’s charging decision appropriately recognizes the gravity and severity of harm posed by the suspect’s actions.”

Gogue is faced with multiple felony arson and related charges.

San Jose police have released a security image of a man identified as Gogue at a nearby Bass Pro Shop one hour prior to the fire. The image was released to give the public context as to Gogue’s clothing and profile the day of the fire, and ideally bring forward additional witnesses.

Gogue is scheduled to return to court on June 1.

If you have any information regarding the incident or the suspect and would like to report this information to the police, please contact Detective J. Lindenberg or Detective Joel Martinez at 408-277-4161.