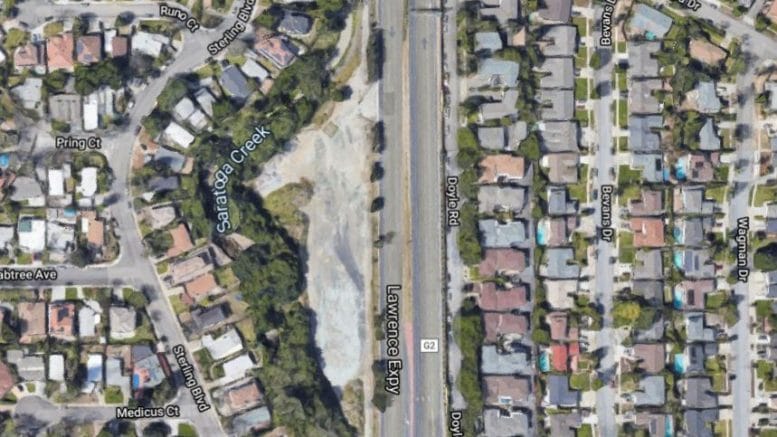 The main open space section of the potential Lawrence-Mitty park.

After years of local effort, Cupertino completed the purchase of 7.8 acres on its eastern boundary Friday.

The deal for the Lawrence-Mitty property – running along Lawrence Expressway between I-280 and Bollinger Rd. cost $2.69 million. The Saratoga Creek Channel runs through the site as well.

“This is the culmination of over a decade of efforts from people in and around Cupertino to deliver meaningful park space to our east side,” Cupertino Vice Mayor Darcy Paul said, in a statement.

Santa Clara County is the selling entity, having used the site mostly for construction staging.

Cupertino began planning for the purchase in 2007 by zoning the area as Park and Open Space.

“The truth of the matter is that sometimes the process is long, and sometimes the conversations are challenging, but it is well worth our collective work,” Paul added, alluding to the extensive timeline on the deal.

Apple funded the purchase through its Development Agreement with Cupertino as part of developing Apple Park.

City leaders will now undertake a planning and public input process to hone in on future uses for the area.