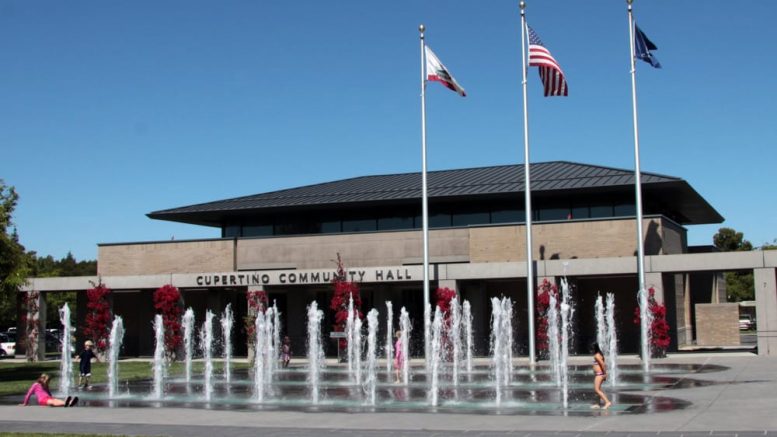 Cupertino residents are invited to meet their new City Council during a swearing-in ceremony on Thursday, Dec. 6.

The event at Community Hall will be a farewell to outgoing Councilmembers, and a chance to welcome new ones. The Council will also select a new Mayor and Vice Mayor.

Barring any last-second lead changes before the Nov. 6 election is officially certified tomorrow, it appears all but certain there will be two new members added to the City Council. Voters took to the polls a month ago to select three members to the Council. Mayor Darcy Paul won reelection and garnered the most votes. Newcomer Liang Chao easily won a seat as well.

For a full month, Jon Willey and incumbent Councilmember Savita Vaidynathan have been locked in a close battle for the final seat. As of now, Willey sits 45 votes ahead of Vaidynathan with 99% of ballots counted. The City’s official meeting agenda states that Willey will be sworn-in as a Councilman and Vaidynathan will be recognized as an outgoing Councilmember and for her service to the City.

This will be also be Barry Chang’s final night as a Councilman. He will term out after serving since 2009.

The meeting will feature comments from the new Mayor and other council members. The public will also have a chance to speak.

Community Hall is located at 10350 Torre Ave. at the Civic Center. The ceremony will begin at 7 p.m. Attendees can enjoy hors-d’oeuvres from Doppio Zero and desserts from La Patisserie.

Residents who are unable to attend the event, can view it live on the City website. For current City Council election results, click here.