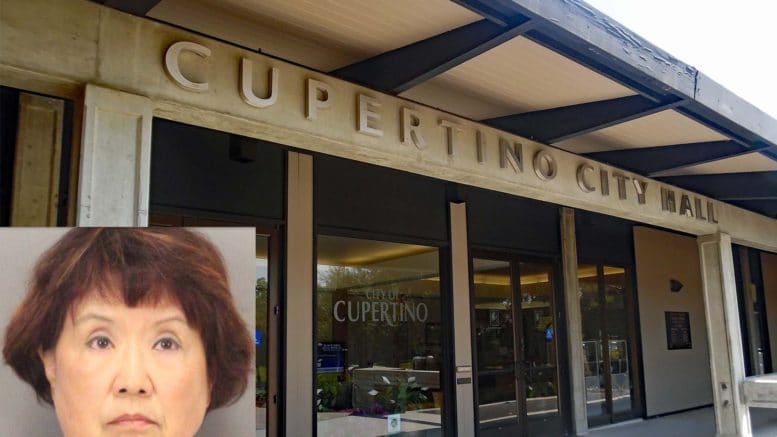 A retired City of Cupertino employee was arrested Wednesday on 68 criminal charges for allegedly embezzling public funds from the city from 2010 to 2014.

Jennifer “Yuen-Cheng” Chang, who was hired by the city in 1997 and who retired as a senior accountant in July 2015, is accused of issuing and cashing numerous fraudulent checks totaling $791,494.

“The checks were found debited against a liability account and deemed suspicious due to their nature, size, and lack of supporting documentation,” according to the San Mateo County Sheriff’s Office, which conducted the investigation.

Earlier this year, Cupertino staff discovered the fraud while conducting a multi-year, detailed review of several accounts—including payroll, bank reconciliations, and deposits. The review began after the implementation of a new financial system in December 2014. Chang’s alleged scheme ended only a few months before the upgrade.

At this point, authorities believe no other former or current employees were involved.

The Sheriff’s Office says Chang likely took advantage of her position, knowledge and an old, outdated financial system to conduct the scheme without detection.

Cupertino will seek full restitution from Chang through upcoming criminal and civil proceedings, they said.

“Ensuring fiscal integrity is paramount and has been my highest internal priority,” Mayor Darcy Paul said in a statement. “This person’s alleged actions are unacceptable and disappointing. We are working to ensure that we have the highest safeguards against fiscal corruption.”