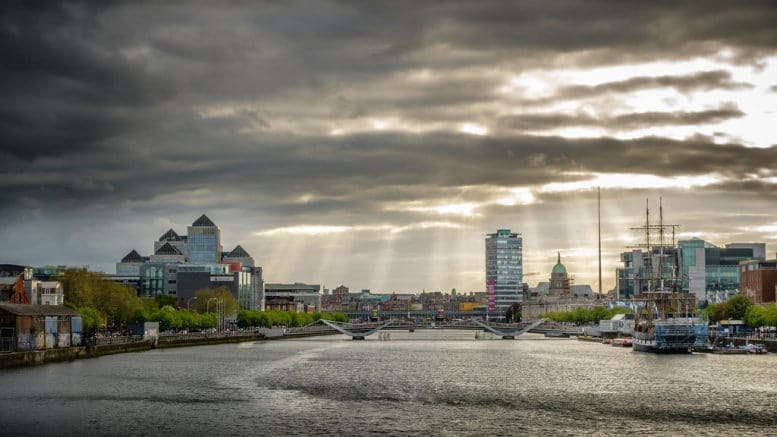 Once again, the Irish are counting themselves lucky. As the housing crisis persists, we discovered a humorous, if not telling, column in the Irish Times about a report declaring Dublin more expensive than Silicon Valley.

Because it isn’t true, she said.

Silicon Valley is, as she wrote it, “Far. More. Expensive.”

While Dublin’s cost of living fluctuates based on international economics issues, Lillington justly acknowledged Silicon Valley, and the whole Bay Area really, as “the most expensive home and rental markets in the world.”

We only recently told you how Apple Park shot up property values in Santa Clara County by $1.5 billion last year. We’ve also told you how even Apple’s generously paid software engineers struggle to afford housing near their workplace. And we are routinely hearing reports of small, dilapidated property selling for outrageous prices. The latest report comes from Palo Alto, where an 897-square-foot home “could be yours for a cool $2.59 million,” according to Business Insider.

And this is why Lillington is calling out to fellow citizens of Dublin to keep calm. It may not be cheap there, but at least it’s not Silicon Valley.

“Then there’s property tax,” Lillington writes. “In Dublin, that’s a laughably small cost compared to much of the world, generally a few hundred euro at most. In Cupertino? It’s 1.25 per cent annually, more or less, of what you paid for the house. So every single year, you’d be paying around $14,500 just in property tax.”

The writer also reveals much higher costs for health care, but concedes Dubliners pay more for services like dry cleaning and butter.

“But come on. A pricey stick of butter and ephemeral currency inflation do not make Dublin “more expensive than Silicon Valley” in any significant or sustained way.

Be the first to comment on "Dublin, Ireland sighs relief: its cost of living not greater than Silicon Valley’s"