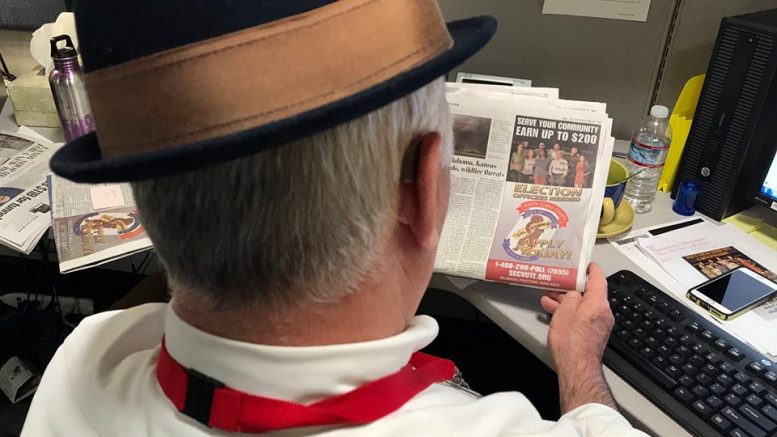 With just 19 days until the June 5 election, the Santa Clara County Registrar of Voters’ office announced Thursday it is in critical need of poll workers, with 1,400 election officers needed.

The county goal is to have over 4,000 election officers to serve at 824 polling places countywide. There is especially a need for workers in Palo Alto, Los Altos, Los Altos Hills, Saratoga, and San Jose’s Almaden, Willow Glen and Downtown neighborhoods. Bilingual workers are in particular demand.

Despite the shortage, all polling places will be open on June 5, Registrar of Voters Shannon Bushey said in a statement.

“It is always hard to recruit Election Officers in a Primary Election,” Bushey said. “People may be going on summer vacation, in the midst of exams or already out of school and out of town. We want to get the word out that we do have an urgent need for people to sign up for this vital function of democracy.”

The roles of Election Officers are to check in voters, provide a ballot, collect the ballot and make sure that it is returned to the ROV for counting and tallying. They earn a stipend of up to $200 for volunteering at the polls.

Election Officers must be citizens 18 years or older who are registered to vote, or legal permanent residents, or high school students age 16 or older. Experience is not necessary and training is provided.

To volunteer to be an Election Officer, click here and sign up under the “Volunteer” tab. Or call: