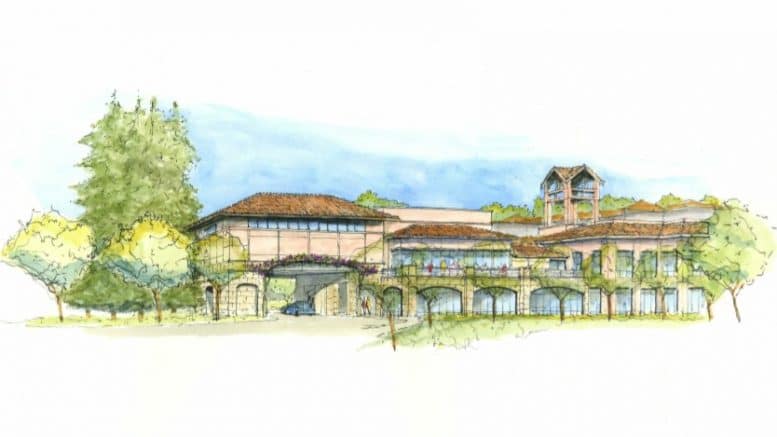 The Forum at Rancho San Antonio has been approved by City Council. Photo: City of Cupertino

A plan to update and expand facilities at The Forum at Rancho San Antonio, a cooperatively-owned community for seniors located on 51.5 acres at 23500 Cristo Rey Drive, gained unanimous approval by the Cupertino City Council on Tuesday.

Some of those facilities are aging and need upgrades, said Mary Elizabeth O’Connor, president of the board for The Forum at Rancho San Antonio.

The 23 villas are “the financial engine” allowing The Forum to modernize its facilities, O’Connor added.

The Forum is owned and managed by 319 memberships, with more than 500 seniors living there. Upgrades have been in the planning stages for seven years.

The project received praise from councilmembers as well as with adjacent residents in the Oak Valley neighborhood, calling The Forum receptive to neighbor concerns and willing to compromise.

The plan’s scope was reduced following negotiations with neighbors from 25 villas to 23, with 16 units along the southwest side of Cristo Rey Drive and the remaining seven on the interior streets of Via Esplendor and Sereno Court. As part of negotiations, neighbors won increased setbacks on the property line, along with landscape and privacy features.

The units will be “built first to allow the remaining proposed additions and renovations to existing facilities to be economically feasible,” the city said.