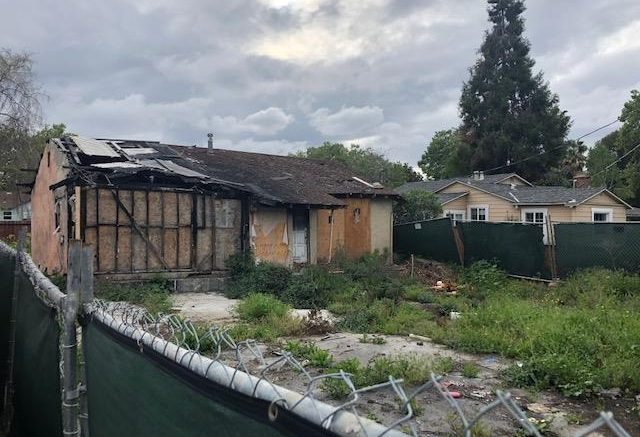 There was a time when we gawked at massive, expensive homes, like those featured on the MTV show Cribs.

These days, a “burned shell of a house” in San Jose’s Willow Glen neighborhood is what’s drawing a national audience.

The description, “burned shell of a house,” came from the Washington Post, while USA Today called the unsightly 1,066 square foot structure at 1375 Bird Ave. “fire ravaged.”

For Silicon Valley residents, especially from Cupertino, the sticker shock isn’t so shocking anymore. We’re not surprised that the dilapidated property could sell for over $1 million, as Santa Clara County Realtor Association vice president Doug Goss predicted in an interview with KRON4.

“In this area, we have contractors and investors looking for places like this to just tear down and rebuild,” Goss told the local news station.

Of course, USA Today rightly explains to its national audience that this San Jose home “appears to be a clear example of Silicon Valley’s overheated housing market.”

And, as we’ve also known for some time, the overheated market is largely caused by “historic low” home inventory in Santa Clara County, Goss told KRON4.

“We have only about 750 single homes available in the entire county,” he said.

The bidding wars alone would make for a rather fascinating reality show.

1 Comment on "Step aside, MTV Cribs. The nation is now marveling at tear-down homes in Silicon Valley"