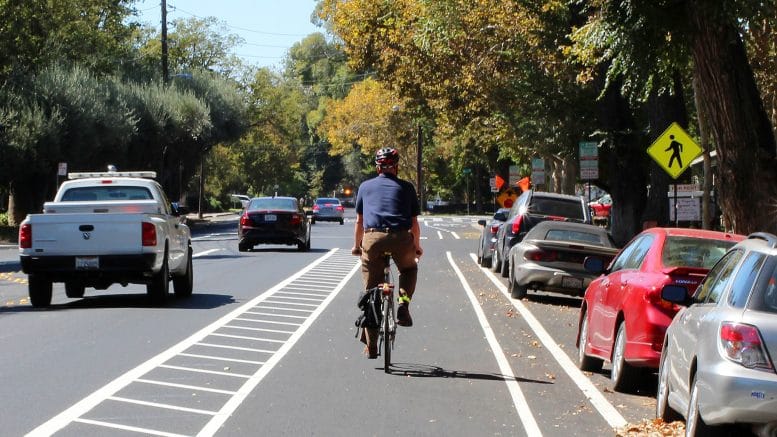 A $1.8 million donation from Apple will help pay for the first phase of construction of a class IV protected bikeway along Stevens Creek Boulevard from Tantau Avenue to Wolfe Road.

The Cupertino City Council voted in favor of using the donation to help kickstart the bikeway project, which is part of the 2016 Bicycle Transportation Plan.

“With this donation and budget appropriation, staff will likely begin design work at the beginning of the 2018 calendar year and process the project concurrently with the McClellan Road Protected Bikeway Project,” according to city documents.

Timm Borden, Cupertino’s director of public works, said Apple has been interested for several years in contributing to bicycle projects in the city.

“They see a strong benefit to getting around the city on bicycles, especially with their campuses,” Borden said.

In January, the city will begin searching for consultants to assist with design of the project. After that, there will be public outreach with businesses and residents affected by the project, Borden said.

Be the first to comment on "$1.8M Apple donation to help install protected bike lane on Stevens Creek Blvd."