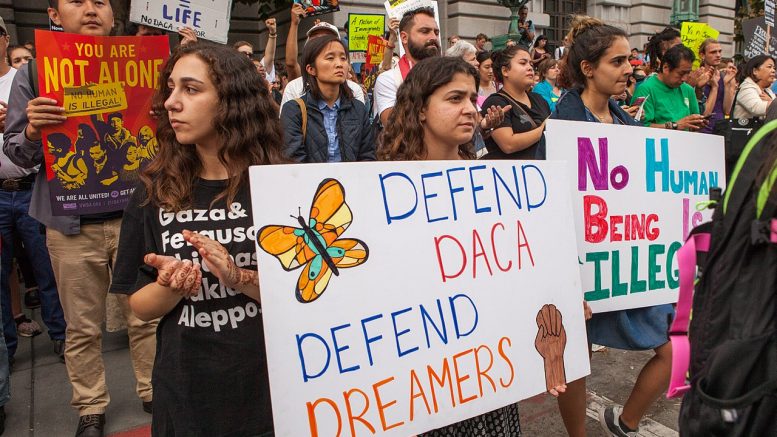 Santa Clara County and its employees’ union jointly filed a lawsuit in federal court today against the Trump Administration’s decision to repeal the Deferred Action for Childhood Arrivals (DACA) program.

Trump’s move to cancel the DACA program has sparked controversy and pushback from jurisdictions nationwide, but Santa Clara County’s suit is the first to be brought jointly by an employer and affected workers.

“It is our responsibility to protect the rights of our members,” said Riko Mendez, Chief Elected Officer of SEIU Local 521, which represents more than 10,000 county employees. “We are partnering with Santa Clara County to preserve the ability of DACA recipients to serve our community.”

According to the Counsel’s Office, Santa Clara County lawfully employs DACA recipients in important roles and many provide critical services to residents. The county is home to an estimated 23,000 DACA-eligible individuals, according to a 2016 Migration Policy Institute report.

The complaint seeks “to invalidate the Trump Administration’s decision to rescind the DACA program and to prohibit the Administration from using information provided in DACA applications for deportation purposes.”

Visit the County of Santa Clara’s newsroom to read the complete statement.