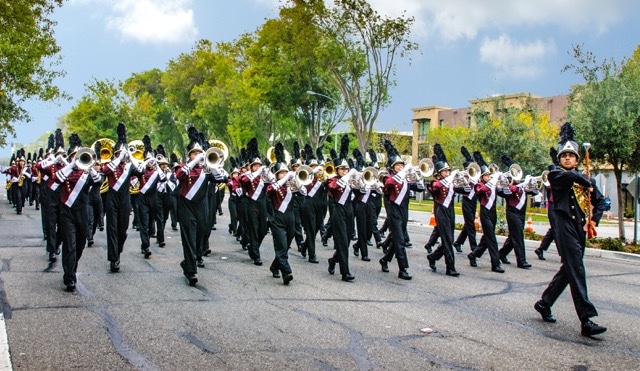 The 47th annual Cupertino Tournament of the Bands — Cupertino High’s long-standing tradition inviting local and out-of-state marching bands to the city for a competition — returns on Saturday, Oct. 14.

Judged by by the Northern California Band Association, the event will begin at 3 p.m. with a free parade competition. The parade route is north on Miller Avenue, beginning at Calle De Barcelona, to east Stevens Creek Boulevard to south Finch Avenue, according to the city. The parade will be followed by a “drill-down” competition at 5 p.m. and the Parade Awards at 5:15 p.m.

Warning to drivers: Roads will be closed to traffic for the event from 2 p.m. to 6 p.m. and delays are expected beginning at noon.

Tickets are required for the Field Show Competition at 6:15 p.m. Spectators are invited to stay at the event until 10 p.m., when the Field Show Awards will be announced.

For more information about the epic battle, click here.