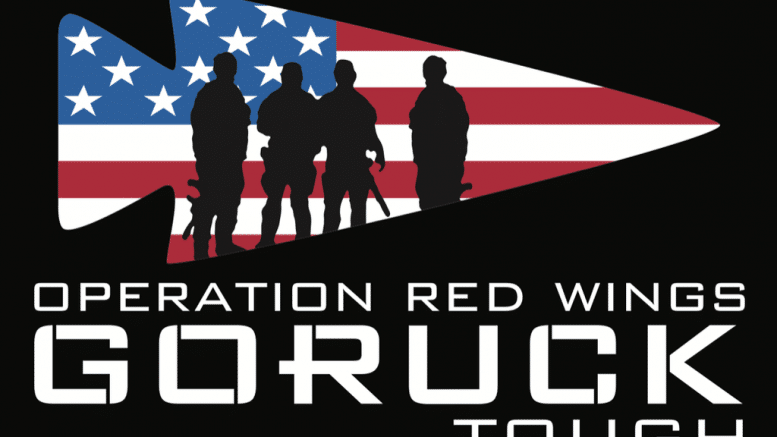 We’re telling you about this event nearly a year in advance, since you’re probably going to need all that time to prepare.

On Friday, July 20 next year, the 10 to 12-hour GORUCK Tough challenge, which commemorates a military battle in Afghanistan called Operation Red Wings, is coming to Cupertino.

Residents are invited to take part in the 15-to-25 mile event alongside a Special Forces Cadre who will “teach you that you’re capable of so much more when you work as a team.”

The event is an obstacle and adventure race that moves from city to city. Although a set course or time is not announced, participants can be sure to expect a backpack full of bricks, a large log, and long hours.

According to founder and CEO Jason McCarthy, the challenge started as an accident. McCarthy was a Special Forces soldier whose goal was to create a survival bag tough enough to thrive in both Baghdad and New York City. The original GORUCK event was a way to product-prove his gear, but the strong sense of camaraderie during the events left participants wanting more.

The goal of this strenuous physical challenge is to work effectively as a team, rise into leadership, and push yourself outside of your comfort zone. In the words of McCarthy, “smiles get you everywhere in life, and the Challenge is no different. Good livin’ is what you call it when life is actually tough but you love it, your attitude is great, and you smile. And since life can be a tough place from time to time, smiles always matter and attitude is everything.”

The challenge will commemorate Operations Red Wings Memorial, the mission that resulted in the sacrifice of 19 Special Operation Forces.

Sign up here to take part in this special event.