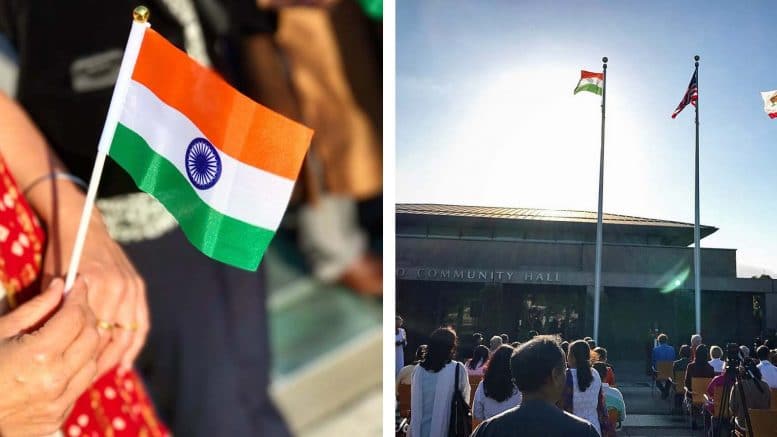 The Indian flag was raised at Cupertino city hall today in honor of India’s 70th Independence Day, a first-ever event that is part of a sister city relationship with Bhubaneswar .

According to a first-person account from India Currents, the Consul General of India Ambassador Venkatesan Ashok and his delegation assisted in the flag-raising, and the national anthems of both countries were sung with the help of high school students.

Indian-American Cupertino Mayor Savita Vaidyanathan lauded the support the celebration received from the community and elected officials, saying the event “represents everything about the Cupertino community: we are very diverse, very strong together, and we all have strong sentiments and love for the community,” according to India Currents.