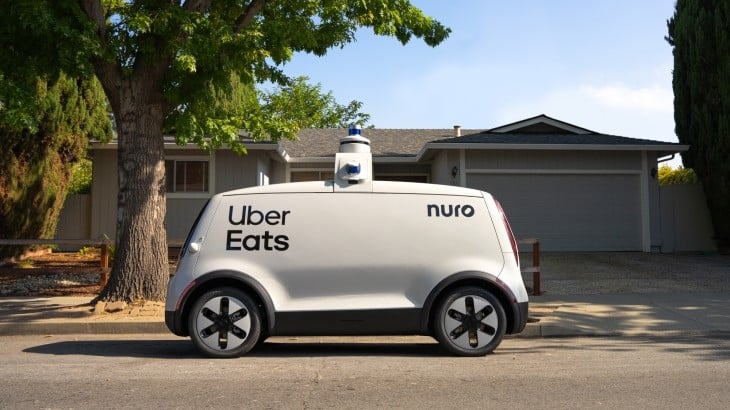 Mountain View-based company Nuro and Uber are joining forces to use Nuro’s autonomous, electric vehicles for food deliveries across the United States.

The trial run, a part of a 10-year partnership between the two companies, will kick off this fall in Mountain View and Houston, with plans to expand into the greater Bay Area. According to a joint press release, Uber Eats customers will be able to order meals and goods delivered by Nuro’s autonomous delivery vehicles – which are built specifically to carry goods.

The service will begin with just food delivery but is expected to diversify to include groceries and other retail products.

Nuro was the first company to operate fully autonomous vehicles in the states of Arizona, California, and Texas, and one of only three companies to get a deployment permit from the California Department of Motor Vehicles.