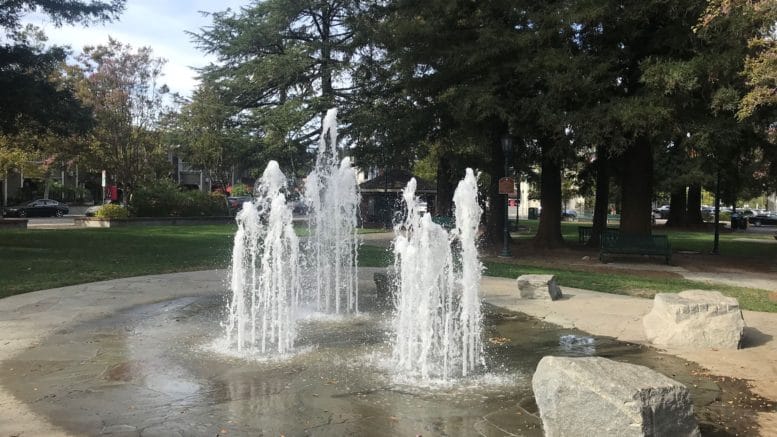 Town Plaza Park in Los Gatos, image from the Town of Los Gatos

Chef David Kinch announced last week that he will depart from his three-Michelin-starred restaurant, Manresa on December 31. After 20 years at the Los Gatos restaurant, Kinch wants to focus on his three more casual concepts: New Orleans-styled The Bywater and local bakery Manresa Bread in Los Gatos, and Mentone, an Italian and French Riviera restaurant in Aptos.

Before his departure, Kinch will also work with his team to create seasonal menus featuring classics from the past 20 years along with new dishes.

“A three-Michelin-starred restaurant requires nothing less than your best. One could always find me in the kitchen as I prided myself on and loved being a working chef, with our team, behind the stoves,” Kinch said in a statement. “This is back-breaking work that demands you show up at your fullest every day, no excuses. Starting January 1, I hope to establish a new equilibrium, to focus on the next exciting chapter of my life.”

While Kinch will be focused on his three other businesses, he is also looking forward to his free time and exploring new pursuits and passions that he has neglected in the past.

Manresa has received many awards over the last 20 years and is known as one of the top dining destinations of California. Along with achieving three Michelin stars six years in a row, the restaurant was included in the World’s 50 Best, Forbes Travel Guide Five Stars, AAA Five Diamond Rating, Les Grandes Tables du Monde and other prestigious lists and guides.

Kinch was also recognized as Best Chef Pacific by the James Beard Foundation.

As for the future of the restaurant, Kinch will be entertaining offers for the business as well as the property, but Kinch has mentioned that he hopes it continues as Manresa.