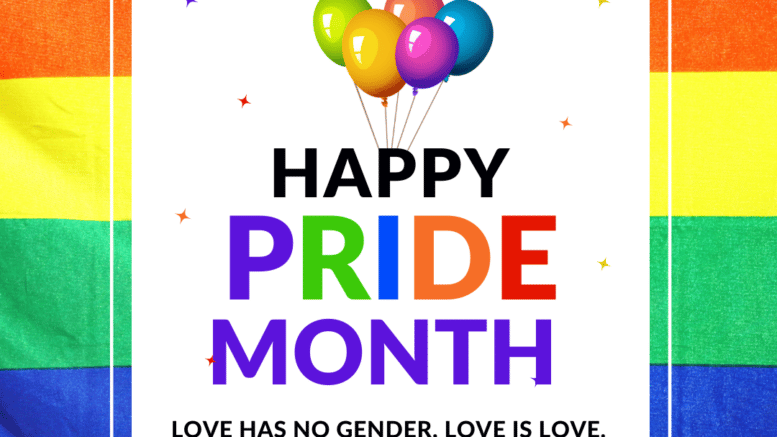 San Francisco will hold its traditional flagship Pride festivities during the weekend of June 25. While San Jose will not have its official Pride events until August, several other South Bay and Peninsula communities are getting in on the action.

Here are some upcoming events Peninsula and South Bay residents can take part in:

The Jewish Baby Network is holding a joint Shabbat and Pride celebration at Briones Park in Palo Alto. Parents and children are encouraged to dress in rainbow colors and join the group for stories, songs, and movement. Attendees should bring a blanket and picnic dinner. The Network will provide drinks, challah, and grape juice.

The famous Northern California theme park will hold its Pride festivities this Saturday. The day’s events will primarily be family-friendly, featuring various stages as well as food, vendor, and entertainment options. Then late in the evening, only those 21 and over will be able to participate in some after-party activities.

Members of the LGBTQ+ community and their allies will make their way through some nine bars in the San Jose area to celebrate the beauty of their diversity. Proceeds of the crawl will partially go towards the Trevor Project, the largest suicide prevention and crisis intervention organization for LGBTQ (lesbian, gay, bisexual, transgender, queer, and questioning) young people.

CoastPride – an organization created by the local community in San Mateo County to improve the support, visibility, and awareness of Lesbian, Gay, Bisexual, Transgender, and Queer (LGBTQ) individuals and families – will hold its Pride Celebration in Half Moon Bay. The theme of this year’s event is “Cool World,” and it will be a celebration of 1980s music. The event will include no-host food trucks from Sam’s Chowder House and Tacos San Buena, with beverages from HopDogma and Table Wine, with FishWife Sweets for dessert. There will also be a raffle.

The Bay Area Run Crew will hold a Pub run in honor of Pride Month to celebrate the diversity within the local running community. Throughout June, the group will also raise funds to support The Trevor Project, the world’s largest LGBTQ youth suicide prevention and crisis intervention organization.

Come virtually to celebrate the San Mateo County Pride Center’s 5th anniversary. The celebration will be MCed by Jesus U Bettawork and feature performances by the ever-popular Drag King troupe, the Rebel Kings! Attendees will hear from county leaders, community partners, founding team members, and community members about the impact of the Pride Center.

Redwood City’s new professional soccer club will host its first men’s and women’s doubleheader at Sequoia High School Stadium. The club will also show its Pride by donating 15 percent of ticket sales from the double-header to benefit The Trevor Project, a nonprofit focusing on suicide prevention in the LGBTQ+ community. In addition, Bay Area Drag Artist, Entertainer, and Singer Amoura Teese will perform the National Anthem before the men’s game. It will be the first time the club has had a live performance of the National Anthem.