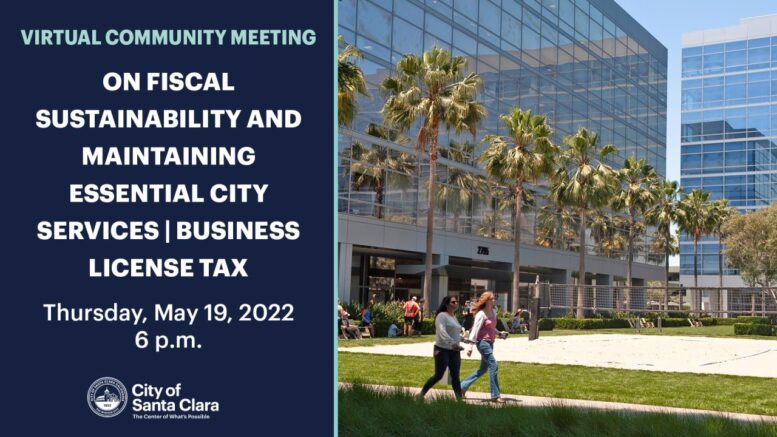 To help combat its nearly $20 million deficit, the City of Santa Clara will hold a Virtual Community Meeting on Fiscal Sustainability and Maintaining Essential City Services on Thursday, May 19, at 6 p.m.

The current Business License Tax model was last updated in 1992. It charges companies $15 to $500 based on the industry sector and the number of company employees. It brings in $900,000 in revenue annually, or 0.4 percent of Santa Clara’s general fund. Large companies based in the city, like Intel, Nvidia, and Advanced Micro Devices, currently have their license tax capped at $500 a year.

The city is proposing a new business tax structure requiring companies to start paying a fixed “headcount” fee per employee, which would raise millions of dollars more from the city’s larger employers.

The Council will decide on the proposed new tax structure later in the summer. If council members approve it, they will place it on the November ballot. In January, the city sponsored a poll that found that 64 percent of voters would support changing the tax structure.