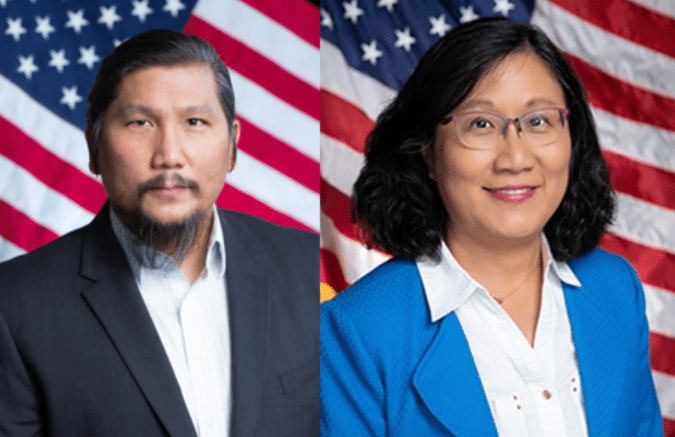 The Cupertino City Council this week re-elected its current leaders to another term on the same day it studied the idea of hiring an image consultant to deal with the city’s ongoing reputation problem.

Current Vice Mayor Liang Chao, who many had expected to ascend the mayor’s seat in the next term as per rotational custom, instead nominated current Mayor Darcy Paul to lead the Council once more in his final year of service. It marks the third time in the City’s history that a Mayor has served back-to-back terms.

“We are still in the middle of the pandemic and experiencing this area-wide higher rate of staff turnover in addition to the already starting and coming retirement wave,” Chao said. “I think we need stability for the city at this time.”

The turnover references the office of City Manager, previously held by Deborah Feng who resigned dramatically this spring after a hastily issued performance review, conducted despite having earned rave reviews from the council several months earlier. Jim Throop will assume the role in January.

It also refers to City Attorney Chris Jensen, who was hired earlier this year after the Council ended its multi-year relationship with law firm Shute Mihaly & Weinberger, bringing the position in-house; Councilmembers lauded Paul’s oversight in selecting both new additions.

Paul was reelected by a 4-0 vote with councilmember Hung Wei abstaining because she wanted to nominate vice mayor Chao to the role. Chao was unanimously reelected as vice mayor.

Chao, who is up for re-election next year, weathered sharp criticism last month for divisive comments made around the Chinese Exclusion Act, and seemingly made matters worse with explanations and clarifications that failed to appease her critics or pass muster with local leaders.

Paul has come under fire for years for downplaying the City’s poor record on housing, stemming in part from multiple warnings from state agencies during his tenure around the city’s failure to fulfill its housing obligation.

“The truth of our reputation is that Cupertino has been constantly smeared, but if one looks at the specifics of our discussions rather than hunts and picks for negative sound bites, no one gets to the heart and details of issues more effectively,” he told the Mercury News this week in a statement.

At this week’s council meeting, staff provided a report acknowledging the desire expressed by some councilmembers to improve its image, “particularly regarding its efforts to build more housing in the city.” The report proposed authorizing city funds toward a three-tiered approach to “further enhance Cupertino’s image and in turn promote productive public engagement,” including pushing out positive stories, targeted marketing campaigns and opinions/subjective communications.

The effort is designed to combat what the Council feels is an unfair characterization over the years. In accepting his nomination as Mayor, Paul referenced “sideways attacks” from sectors of the community, which he holds responsible for the turnover of both the City Manager and the City Attorney, among other issues.

Earlier this year Paul took a more optimistic tone, saying in his address, “My hope is that we can have honest and effective conversations about our perspectives without posturing and with compassion,” he said. “In many ways we are at the crossroads now, and we need to keep pulling together as we have done in many ways before.”