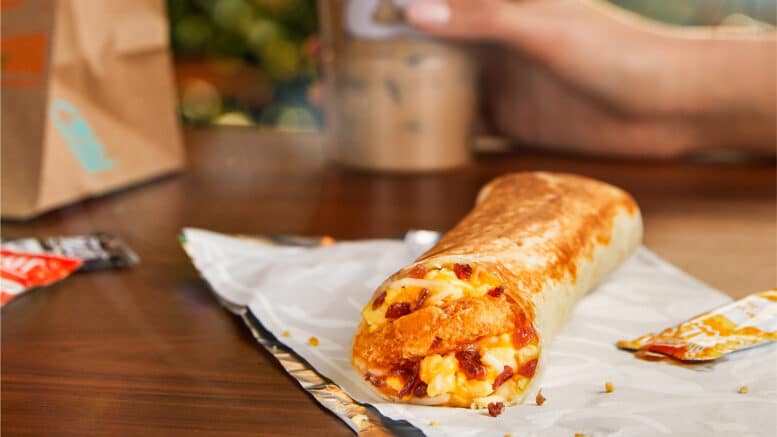 Taco Bell is offering its Toasted Breakfast Burrito for free to customers while supplies last this Thursday morning, from 7 a.m. to 11 a.m., the company announced today.

The giveaway will be offered at Taco Bell eateries nationwide that serve breakfast. About 90 percent of the fast-food chain’s locations serve breakfast, the company said. The South Bay is home to more than 30 Taco Bell locations.

In case you need a reminder about Thursday’s free deal, Taco Bell is encouraging customers to text “Wake Up” to 1-866-WAKEUP3. They will then be able to receive a pre-recorded wake-up call and reminder of the free burrito deal from Taco Bell.