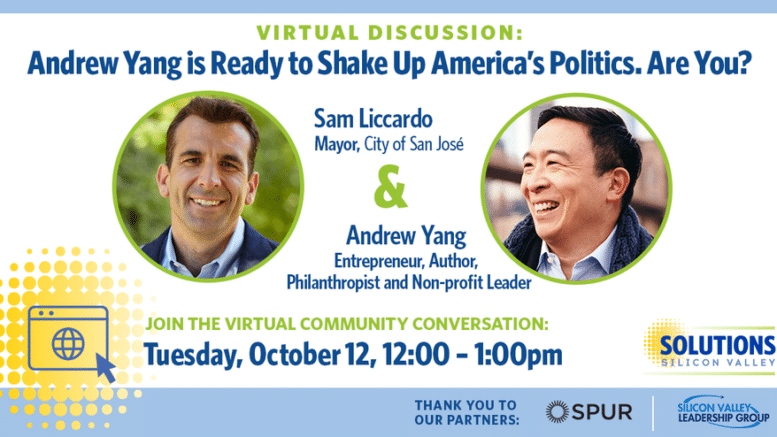 Yang told Mayor Liccardo the objectives of the Forward Party include changing our voting system by transitioning to rank choice voting, and open primaries. Yang claims the most polarizing issue in the United States stems from our current two-party political system, and believes entry of a third party is vital in creating a long-term functional democracy.

With many ties to the Bay Area — Yang’s parents met at UC Berkeley — the former candidate offered insight on the local issues Mayor Liccardo faces.

The discussion turned to universal basic income agenda- one of the main platforms of Yang’s campaign for U.S. president – and how the policy could help to alleviate Silicon Valley’s homeless crisis.

Yang stated that the best way to solve homelessness is to prevent it from happening in the first place. Mayor Liccardo agreed that financial help for low income individuals and families has been the most effective measure the city has taken in preventing homelessness.

A recording of the webinar is available through the Solutions San Jose YouTube channel here.